Random Thoughts: The Evolution of the Vampire Genre From Scary to Sexy

- January 11, 2013
Earlier today while browsing my recommend reading lists I noticed something disturbing, almost every single Vampire novel recommended to me was similar to Twilight. Girl likes boy, boy struggles against wanting girl yadda, yadda. I found it odd I was recommended these type of stories when I so clearly favored my Vampires dark, broody and deadly. When did Vampires turn from scary (as seen below) 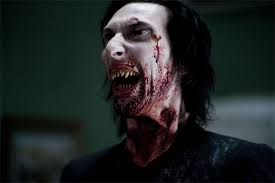 30 Days Of Night
To something that resembles this: 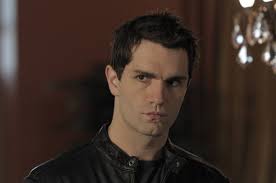 Aidan- Being Human US
You thought I'd put a picture of Edward up, admit it. While it certainly would be easy blaming Twilight for this shift from scary to sexy the trend started way before those books were ever conceived from the mind of Ms. Meyer. So why the switch? The answer is quite simple really. Society demands it. Where Vampires used to be something to fear, in today's society we'd like to understand and humanize them. No longer villains today's vampires are tortured souls in need of redemption (Buffy/Angel), Moral beings with strong family commitments (Twilight) or even just a source of incredibly hot sex (True Blood).

One could even go so far as to blame the Women's Rights Movement for the shift. No longer do women cower in fear, defenseless. Bram Stoker's females were sweet, gentle, modest and most important virgins. Of course his ladies existed in Victorian society and gender roles were rigidly defined back then. Today's ladies defy gender roles. No longer the weaker sex they can be sexually promiscuous, independent, bold, they decide who they want to be with. The gender roles in some ways have become reversed with the male Vampires being stand offish to the females who actively are pursuing them. Does this have to do with more Women picking up the genre? Quite possibly but that's just my opinion.

In conclusion, vampires have evolved quite a bit since their creation during the Victorian era and no doubt will continue to evolve in the future. As long as they don't all start looking like something out of a Tim Burton film *cough Dark Shadows* I can live with practically anything thrown at me.

Spare some time? Answer these questions in the comment section below!

Thanks for stopping by. Like what you see? Please Share! I Thank You if you do :)
Being Human Books Buffy The Vampire Slayer Movies Random Thoughts True Blood Twilight Vampires