Showing posts from December, 2012
Show all

2013 is finally upon us and that means that it's time to reveal my Top Ten Favorite Books of 2012. Since the start of December I've been contemplating my list and while some books have been added or bumped I feel this final list does this past year of amazing reads justice.

I want to further explain that just because these are my favorites it does not deter whatsoever the other amazing books that I've read in 2012. From Young adult to Non-Fiction the literature put out this past year has exceeded my expectations and I can only hope 2013 proves to be the same or maybe dare I say it even better!!

Anyway I know your curious which books I've chosen. Without any further ado Let's get to it shall we?! In order from 10-1 here are my Top Ten Favorite Books of 2012:

10.) Plague by Lisa Hinsley Released: April 30, 2012
I loved this book. This story wasn't happy it is after all about a Plague but it was gripping and a realistic account of a Plague being unleashed upon t…
3 comments
Read more

Bilbo Baggins- Bilbo is the most important character in the book. Bilbo is a Hobbit and lives in happily in Bag End. Hobbits are quite comfortable in their …
2 comments
Read more

All The Broken Pieces by Cindi Madsen- Review 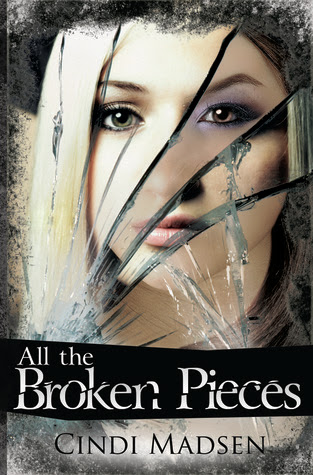 What if your life wasn’t your own?

Liv comes out of a coma with no memory of her past and two distinct, warring voices inside her head. Nothing, not even her reflection, seems familiar. As she stumbles through her junior year, the voices get louder, insisting she please the popular group while simultaneously despising them. But when Liv starts hanging around with Spencer, whose own mysterious past also has him on the fringe, life feels complete for the first time in, well, as long as she can remember.

Liv knows the details of the car accident that put her in the coma, but as the voices invade her dreams, and her dreams start feeling like memories, she and Spencer seek out answers. Yet the deeper they dig, the less things make sense. Can Liv rebuild the pieces of her broken past, when it means questioning not just who she is, but what she is?

*I was given a copy of this book to review by the publisher. All opinion…
2 comments
Read more

Welcome to my Weekly Wrap Up!! Each week I share My Weekly Wrap Up of everything Book related (reviews,bought,won etc..). So let's get to it shall we!

I can't believe this will be the last Weekly Wrap Up of 2012, ack!! Lots of great books to end the year with and I am so grateful for being chosen to review them. Thank you all for checking out my Weekly Wrap Up's week after week. I look forward to what 2013 will bring both in and out of the book world.

Let's get to it shall we!

Netgalley/Edelweiss/E-Books to Review
The Goddess Inheritanceby Aimee Carter
Daynight by Megan Thomason
The Murmurings by Carly Anne West
Teethby Hannah Moskowtiz
The Intercept by Dick Wolf
After: The Shock by Scott Nicholson

*Thank you, Thank you to all who approved or requested me this week!

Books Won/Gifted
No books :( but I did win a Subway Giftcard so that was pretty sweet!

For this weeks Zurvival Saturday I wanted to share my Top Ten Favorite Zombie Books of 2012. This year saw so many decent entries into the Zombie market. I I took great care in choosing my entries and I think you might find my choices surprising.

10.)Dead Cold by Roddy Cross Released: April 4,2012
While I still hate the cover of this book, it was one of my favorite Zombie books of the year. I liked the character Roland and the ending was fab. If you want to check out my review click Here.

*edit- since posting this Dead Cold has had a cover update. You can check out the shiny new cover Here.

9.)The Scourge by A.G. Henley Released: January 31, 2012
I always planned to review this one but never managed to get around to it. This book was so unique and I can't wait to read more in this series. Seriously check it out if you haven't already.

{ Blog Tour!!! } The End of the World as We Know it by Iva-Marie Palmer Top Ten,Review and Giveaway 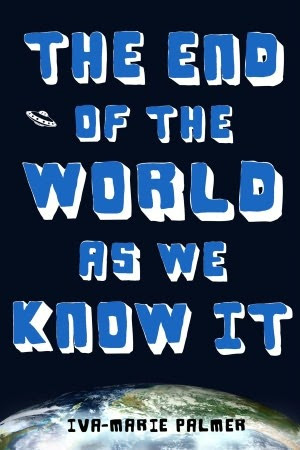 They wanted to party like it was their last night on earth. They just might get their wish….

Meet the four most unlikely heroes ever:

When Teena locks Leo, Evan, and Sarabeth in the basement during her biggest party of the year, she doesn’t plan on getting trapped in the Loser Dungeon herself. She can barely imagine a night with these dweebs—let alone a lifetime. But when an alien invasion destr…
3 comments
Read more

Devastated by a terrible loss, Chase is trying to balance the life he’s been left with, a family he’s still getting to know, and power he never thought he’d have. He doesn’t understand why the Goddess has named him the Protector and granted him two gifts: the Mark, a tattoo that now covers his back, and the ring. But between getting interrogated by the Circle and psychic attacks from Riley, the Mark is the least of his concern. There’s a demon inside Rayna that’s fighting to be released, and it’s not her inner witch. It’s something else—a monster threatening to tear her apart.

As Chase struggles to control his magic, his enemies are closing in. Everyone has staked a claim on his ring, and destroying it may be his only chance to stop Riley. But Chase must decide if stopping him is worth risking the lives of everyone he cares about, or if protecting the ring will be enough to save his world.

It's time for another edition of Freebie Friday! Each week I compile a list of books that I've found for FREE and share them with all of you! All you have to do is click on the cover and it will take you to the purchase page.

300 Miles To Galveston by Rick Wiedeman

A Million Tears by Paul Henke