Noah's Ark by Andrew J. Morgan
When Alex Latham and Michael Beecham are brought together by a series of explosions around the world, little do they know that things are about to go from bad to worse. Tasked with saving mankind from extinction, they battle a powerful evil, but soon they discover that what they're fighting is far beyond anything they ever thought it could be...

A Shadow in the Flames by Michael G. Munz
Northgate is in turmoil. Decaying, violent and corrupt, it is a common enough city in the mid twenty-first century, yet discoveries beneath the Moon's surface have marked it with their first distant echoes.

Into Northgate has come Michael Flynn. Jobless and down to his last few dollars, Michael still dreams of making a positive difference of his own. Yet he has no family, no friends save for the freelancer known only as Diomedes, and tonight the apartment they share will burn to the ground.

When Diomedes becomes his mentor in a search for the arsonist responsible, Michael will get his chance to realize those dreams. But he must face dangers far more personal than fire if he is to succeed, for like a shadow in the flames, neither arsonist nor mentor may be what they appear.

And the ones who search the Moon will be watching.

The Battle For Princess Madeline by Kristin Pulioff
The Kingdom of Soron bustled with activity as preparations for the Fall Festival began. Lively merchants, hardworking farmers, and musicians eagerly awaited this event of harvest and joy. This year’s festival was even more important, as they celebrated Princess Madeline’s betrothal to her knight champion, Daniel
.
Celebration quickly turns to disaster as Prince Paulsen returns with curious demands, either Princess Madeline will be his, or no ones. Rejection turns to obsession and battle is declared.

In a tense struggle to decide her future, Princess Madeline must choose where to put her trust… in the king’s tried and true plan, the wizard’s cryptic messages and maps, or her own sense of bravery. Follow Princess Madeline on this adventure as she battles evil in an attempt to create a future of love and magic. 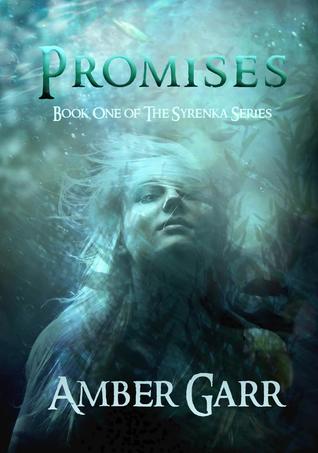 Promises by Amber Garr
Sometimes following your heart can end up destroying the ones you love.

When seventeen-year-old Eviana Dumahl is faced with the responsibility of an arranged marriage and clan leadership, she is forced to choose between the life required of a mermaid and one of a teenage girl simply infatuated with the wrong guy. Kain, her devoted fiancé would make a wonderful husband except that she’s been in love with Brendan, a shape-shifting selkie, ever since they were kids. Choosing to abandon her family, her clan, and her life with Kain will have dire consequences far beyond anything she could have imagined.

A war is brewing amongst the clans and Eviana unwittingly becomes a pawn in the intricate schemes of a twisted mastermind. With Brendan’s life on the line, she has no choice but to involve those who she once considered friends. Amidst encountering senseless tragedies and immense loss, Eviana discovers that she is more valuable as a clan leader than anyone ever suspected. Her survival is not only dependent upon the loyalty of her friends, but also on her acceptance of a life that she had so adamantly tried to escape. 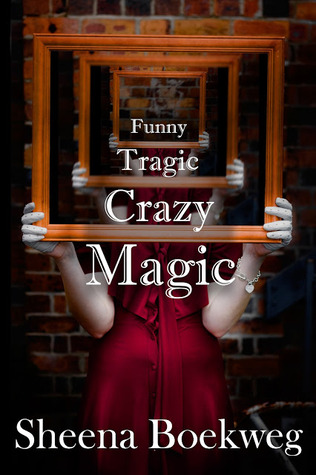 Larissa Alvarez is a witch. Magic is useful enough to make her pretty, but beyond transformation runes, Larissa ignores her mom’s pleas to learn about her magical heritage on the grounds that it’s just too weird.

But when her family is killed, and the powerful book of runes Larissa is supposed to inherit disappears, she realizes she’s not going to survive without magic. Worse still, she’s falling in love with her only ally, her best friend Joe, who has a secret that could kill them both.

Now magic is the only way she can reclaim her heritage and save the boy she loves. Larissa dives into the world of magic she’s always ignored and finds herself caught in the middle of an age-old war between Witches and Mages.

She may be poorly trained.
She may not have anyone to trust.
But it’s time to start making waves.

*Authors Have an upcoming book that will be FREE let me know, I'd love to feature your work in my post.
Ebooks Fantasy Freebie Friday Kindle Science Fiction Young Adult