Caleo by James Crawford & The Dome by Nova Sparks Free Today Only! 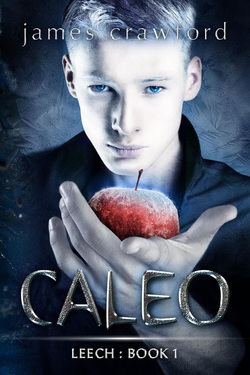 Every High School has their social outcasts. The band nerds, the math geeks, the chess club, the girl that chews her hair, but at Butler High, even the creepy nose picker in the chess club is more popular than Caleo Anima. No matter what he did, his pale skin, snow white hair, and piercing blue eyes always made him an easy target. He used to think that the only way things could get worse would be if someone found out that he was gay, but that isn't even the tip of the iceberg of problems after a mysterious stranger shows up and changes Caleo’s life forever.

Hidden amongst our society, a secret and magical race of people known as ‘Leeches’, have been engaging in civil war for decades. Both sides are desperately searching for a weapon with unlimited power that will give them the advantage they need to rule their world. This wouldn’t mean anything to Caleo, except for one problem...He is that weapon!

Forget making it through High School. Caleo has bigger problems! As the search for him goes on, the world is quickly crumbling around him. He's now fighting for his life and the life of what little family he has left. With the help of new friends, he has little time to try and master his newly found powers as he tries to figure out who he can trust, who is trying to use him, and who just wants him dead. One wrong step and being the awkward pale outcast will be the least of his worries.

Click here to claim your free copy on Amazon today only! 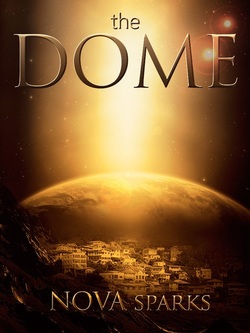 What if you knew the exact date and time the world will end, what would you do?

Sam Tucker was faced with that dilemma when he began getting visions of the Earth's demise. Luckily for him, he was able to save his family and as many people as he could before the tragic event occurred, and he did so with the help of unknown visitors. With Earth now destroyed, Sam, his family, and thousands of other lucky survivors must live the rest of their lives on a faraway planet in a Dome that simulates life on Earth. But Sam's mind can't seem to rest as a few questions arise. Why did the aliens save them? How did they know about Earth's sure fate? And exactly what are they hiding?

Emma Tucker begged for an escape from her boring life but never in a million years did she think it would come at the destruction of Earth. Living on a new planet and finding it difficult to get rid of her rebellious habits, Emma finds herself making friends with a member of the alien race and it soon develops into an unexplainable love; a love that is more dangerous than she could ever imagine. While her father is searching for his own truths, she has no idea that she is stumbling on a truth of her own.

Told from the point of view of both Sam and Emma, author Nova Sparks takes readers on a journey to discover love, fate, faith, truth, and the mystery of the DOME!

Click here to claim your Free copy on Amazon today only!