The Other Sister by Leanne Davis [Purchase]
General Travis Bains has two daughters, one who is good, and one who is bad. Everyone knows Lindsey is the good one, and Jessie is the bad one.

Jessie Bains is the other sister, the bad sister, which she has proven more often than not, until the day she gets kidnapped and brutally raped. Will Hendricks, one of her father's soldiers, rescues her and brings her home, but fears she may be nearly destroyed by what is done to her. The most important thing, however, is that no one can know, per the general's orders.

Jessie's life was always far from normal as the daughter of one of the most revered generals in the world. No one sees what the general does to Jessie, except Will. When Will discovers the danger Jessie is living in at her father's hand, he once again rescues her. Will has survived the horrors of war, but is now engaged in a battle that has become far more personal and far more deadly. Will alone realizes what the general has done and will do to destroy his "other" daughter.

The Underlighters by Michelle Browne [Purchase]
Nightmares are bleeding into her waking world. Children are going missing. To save them, she must overcome her wreck of a personal life and a closet full of skeletons. She doesn’t know whether the horrors in the shadows are real...or if she is going mad.

18-year-old Janelle Cohen is an electrician in an underground city. The world above has been swallowed by mind-destroying Dust. Her small life changes forever when a dragon attacks her on the way home from work.

Her friends worry that she has the Fever, Dust-induced insanity. A terrifying trip to the surface of the world, the ancient and abandoned Up, deepens the nightmare. With no world left above, she and the other Crows cannot afford to fail…

Safe by Dawn Husted [Purchase]
Post-apocalypse; Penelope Evans is eighteen, living in the Colony along with her family and other survivors. She finishes a day in the laboratory when her identification card begins flashing. This flash starts an upheaval of events leading further from her normality and towards the epic truth.

James Garak is attending the Academy where he works on achieving a higher rank. Nobody ever expects Penelope and James' relationship to last long. A year later, they're still together.

But when they are forced to run, Penelope's world turns upside down as she discovers the truth that changes her life forever.

With lives at stake and guards on their trail, will they make it to safety? Will the dishonest lies behind the island's bureaucracy shatter her existence or give her the drive to find a sister she never knew existed?
Young Adult Books

Invisible by Cecily Paterson [Purchase]
Jazmine Crawford doesn't make decisions. She doesn't make choices. She doesn't make friends. Jazmine Crawford only wants one thing: to be invisible. For Jazmine, it's a lot easier to take out her hearing aid and drift along pretending that nothing's wrong than it is to admit that she's heartbroken. She starts to come out of her shell when she's forced to be in the school play and even makes friends with bouncy Gabby and chocolate-loving Liam. But can she stand up to the school bully, and is she strong enough to face the truth about what really happened to her dad?

The Trials (The Elite #2) by Jonathan Yanez [Purchase]
Lives will be lost, prophecies fulfilled and trials endured.

Connor Moore doesn’t have the same luxury as other eighteen-year-olds. He has been called upon to assume the mantle of the Judge of an Elite race of humans. Now to prove himself to a population who doubts him, he must pass a series of three trials that will test his mind, body and spirit.

Things are made worse when two women vying for his affection finally meet and Connor realizes a decision must come soon. However, there is little time for personal life when an ancient evil force returns to the realm of men and Elites. If he fails to pass the series of trials to prove his claim as Judge and earn the Elite race’s support, the world will have no hope.

With the support of friends and loved ones, Connor embarks on his trials. He begins a journey that will take him from dangerous jungles, to lost islands and dungeons not of this world. Friends will fall, new allies will be made and true darkness will make its presence known. 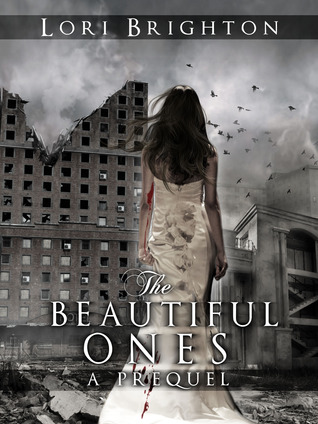 The Beautiful Ones by Lori Brighton [Purchase]
Some say we’re special, and that’s why we’re kept in seclusion. Beyond those walls evil lurks and innocent prey would be lost in minutes. Gone. Destroyed. Forgotten.
Others say the opposite: we’re locked away because there’s something wrong with us. If we roamed the outside world, we might taint the beautiful ones. A species so pure, that to merely be in their presence is a gift.

As for my beliefs…I’m not sure.

But I do know one thing: neither of those reasons explains why it is that they come for us only after we’ve passed the age of sixteen. Whether we want to go or not, we’re taken through those iron gates. Escorted away from the only home we’ve ever known, escorted to our destiny—whatever that destiny may be—never to be seen again.

God Save The Queen by Amanda Dacyczyn [Purchase]
Think your high school experience was stressful? Anya Alexandrova would like to insist otherwise.
An orphan at the age of five, Anya learns, one October day during her senior year of high school, that she is the long lost relative of the infamous Romanov family. Now she is expected to uproot herself from her small New England town and move into the grandeur of the palaces in Russia. To top it all off, she is paired with a group of professionals who cannot comprehend what she is going through, including her personal adviser Kevin, who makes the move as bad as pulling teeth.
As she readjusts to her new life, Anya realizes that being a future queen is not as easy as the movies make it out to be. Not only does she have to be presentable and pass legislation, Anya has to deal with friends, family, understanding who she is and of course, love.
But as she begins to feel comfortable in her home, Anya realizes that there are some who do not want her to be there. Her life suddenly under constant danger and she finds herself trapped in situations that leave her begging for her life. 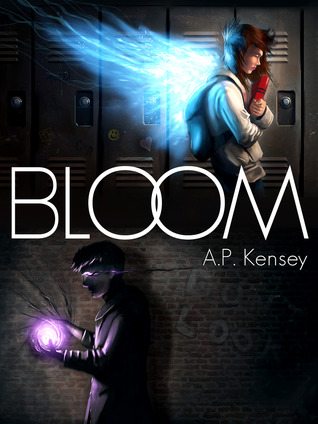 Both are at your fingertips.

Chosen individuals have been gifted with extraordinary abilities in order to restore balance to the world—a balance that suffers amidst endless chaos.

HAVEN KINCAID is almost eighteen. After moving away from her friends before the start of her senior year, she struggles to fit in at her new school. When the boy of her dreams shows interest, she finally has a chance to be normal—but Haven is more different than she realizes. After a tragic loss and a deep betrayal, she is kidnapped by a sinister group that will do anything to extract a deadly ability she can barely control—even if they kill her in the process.

COLTON ROSS is fresh out of high school. Driven by a desire to escape his abusive father and haunted by the memory of an absent mother, he moves to New York City to start over. When a favor for his friend backfires and he ends up in jail, Colton is bailed out by a mysterious businessman who offers him the chance to strengthen his new-found power and discover the truth about his past—a truth that will set him on a quest for insatiable vengeance.
---------------------------------------------------------------------------
*Though free at time of posting, please verify that the “Kindle Price” is actually $0.00. If you see a price for “Prime Members” or “read for free”, then the book is NOT free any longer. Please leave a comment if you notice this so I can replace with another :)

*Authors Have an upcoming book that will be FREE let me know, I'd love to feature your work in my post.
Ebooks Free Freebie Friday Horror Kindle New Adult Young Adult