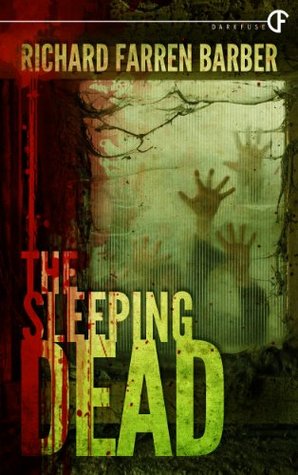 When Jackson Smith attends an interview to escape his dead-end job, he witnesses a man jumping to his death through an office window. But this suicide is only the first of many he encounters. All around him, men and women begin taking their own lives. These seemingly random events make little sense to Jackson until he hears voices urging him to join the others.

As Jackson fights the desire to self-destruct, he flees through a mad city where the river and streets pile high with bodies of the sleeping dead, those who have simply surrendered to the strange voices.

Jackson's only chance is to find an escape to this madness before giving in to the strange voices in his head.

Richard Farren Barber was born in Nottingham in July 1970. After studying in London he returned to the East Midlands. He lives with his wife and son and works as a Development Services Manager for a local university.