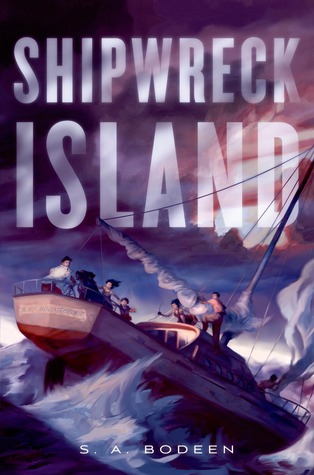 Sarah Robinson is deeply troubled in the wake of her dad’s second marriage. She now has to deal with a new stepmom and two stepbrothers, Marco, who is her age, and Nacho, who’s younger. Even though they’ve all moved from Texas to California to start life as a new, blended family, none of the kids seem remotely happy about it.

Sarah’s dad and stepmom then decide to take the whole family on a special vacation in order to break the ice and have everyone get to know one another. They’ll fly to Tahiti, charter a boat, and go sailing for a few days. It’ll be an adventure, right?

Stephanie is the award-winning author of the Elizabeti's Doll series of picture books, as well as several others. Her first young adult novel The Compound was released in 2008 and recently won the Maryland BlackEyedSusan Award, Nebraska Golden Sower Award, and the Indiana Young Hoosier Award. Her second YA The Gardener was featured on Good Morning America as a Best Summer Teen Read, and her third YA The Raft was recently named a 2013 Tayshas list title. The Fallout will be released September 2013 from Feiwel and Friends/MacMillan