Welcome to my stop on the Dead Over Heels Blog Tour hosted by YA Bound Book Tours!
To check out other stops on the tour Click Here! 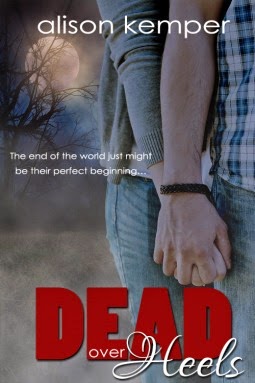 The end of the world just might be their perfect beginning…

Glenview, North Carolina. Also known―at least to sixteen-year-old Ava Pegg―as the Land of Incredibly Boring Vacations. What exactly were her parents thinking when they bought a summer home here? Then the cute-but-really-annoying boy next door shows up at her place in a panic…hollering something about flesh-eating zombies attacking the town.

At first, Ava’s certain that Cole spent a little too much time with his head in the moonshine barrel. But when someone―or something―rotted and terrifying emerges from behind the woodpile, Ava realizes this is no hooch hallucination. The undead are walking in Glenview, and they are hungry. Panicked, Ava and Cole flee into the national forest. No supplies, no weapons. Just two teenagers who don’t even like each other fighting for their lives. But that’s the funny thing about the Zombpocalypse. You never know when you’ll meet your undead end. Or when you’ll fall dead over heels for a boy… 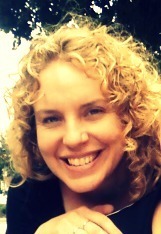 Alison Kemper grew up in South Florida, the only girl on a street with eleven boys. She spent most of her childhood paddling a canoe through neighborhood canals and looking for adventure. She usually found it. Sometimes the police were involved. And large dogs. And one time, a very territorial snake. Now that she’s grown up, she lives in North Carolina and writes books. The books often include girls having adventures. With boys. Cute boys. And cute dogs too. But no cute snakes. Never cute snakes.

Her debut novel, Donna of the Dead, will be published by Entangled Teen in 2014 and followed by two companion books in the series. She loves to meet new people and talk books, so send her a friend request or connect with her on Twitter and Instagram.