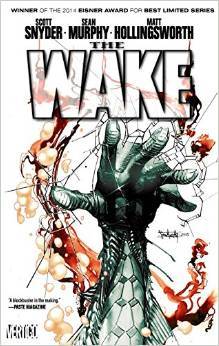 New York Times bestselling author, Scott Snyder (American Vampire, Batman, Swamp Thing) and artist Sean Murphy (Punk Rock Jesus, Joe The Barbarian), the incredible team behind the miniseries American Vampire: Survival of the Fittest, are reuniting for the powerful miniseries: THE WAKE. When Marine Biologist Lee Archer is approached by the Department of Homeland Security for help with a new threat, she declines, but quickly realizes they won't take no for an answer. Soon she is plunging to the depths of the Arctic Circle to a secret, underwater oil rig filled with roughnecks and scientists on the brink of an incredible discovery. But when things go horribly wrong, this scientific safe haven will turn into a house of horrors at the bottom of the ocean!
Collects THE WAKE #1-10.

Scott Snyder is the Eisner and Harvey Award winning writer on DC Comics Batman, Swamp Thing, and his original series for Vertigo, American Vampire. and is the author of the story collection Voodoo Heart (The Dial Press). He teaches writing at Sarah Lawrence College, NYC and Columbia University. He lives on Long Island with his wife Jeanie, and his sons Jack and Emmett. He is a dedicated and un-ironic fan of Elvis Presley.
You can Follow Scott: Twitter / Goodreads / DC Comics 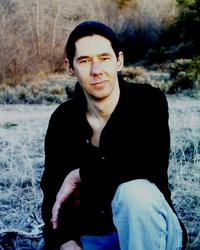 SEAN MURPHY'S debut novel, The Hope Valley Hubcap King, (Bantam/Dell, 2002/2004), won the Hemingway Award for a First Novel and was a 2003 Book Sense pick. See info on his latest, The Time of New Weather, below. He is also the author of the Pulitzer-nominated The Finished Man (Bantam/Dell 2004), as well as One Bird, One Stone (Renaissance/St. Martins 2002), a nonfiction chronicle of Zen practice in America. He has been a Zen meditation practitioner for 20 years, and teaches meditation, creative writing and literature for UNM-Taos, as well as leading writing workshops for a variety of organizations and his own Big Sky Writing Workshops.
You can Follow Sean: Goodreads / Website / Facebook
Graphic Novels November 2014 Review Science Fiction Scott Snyder Sean Murphy The Wake