- April 07, 2016
Good day fellow followers! It's Thursday, which means it is time for another edition of Let's Reminisce Together. This week I wanted to throw back to one of my favorite book series growing up The Baby-Sitters Club. If you were a child of the 80's or early 90's like I was, The Baby-Sitters club is something you have probably read or at the very least watched on TV. For those of you whom haven't heard of this series here's some brief info on it:

The Baby-Sitters Club was released in 1986. The series was written by Author Ann M. Martin and published by Scholastic. It's been said that the books were heavily inspired by a popular babysitting series from the 60's Ginny’s Baby-Sitting Business.  The first book in The Baby-Sitters Club was titled Kristy's Great Idea and sets up the entire premise for the series, which is of course about a group of friends who form a Babysitting cooperative in their neighborhood. But wait, this isn't just a fluffy, lighthearted, series, through the years these stories have brought to light controversial issues such as bullying ,divorce (which was a big thing in the 80's and 90's) and racism (how many times did they have to point out Jesse being Black for real) as well as body issues, promiscuity, diabetes and peer rivalry. This series tackled real issues kids faced and did so in a way that didn't judge the children but rather saw them grow from each experience. 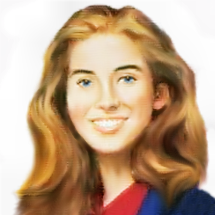 Now if you were like me, you had a favorite character and mine of course was Stacy. She was well off, beautiful, popular, sophisticated and she was good with money (that's why she's the Treasurer). Although what I liked best about her was her ability to suffer with a disease (she has Diabetes) and yet still hold her head high and live her life. I saw a lot of myself in her and I think that's why I really bonded to that character more than the others. Plus I was literally, obsessed with her name. Growing up I really hated being named Kristin. Nobody could spell it right and when they did they'd mispronounce it anyway. Anastasia "Stacy" Elizabeth just sounded regal too me and I was always so jealous of her parents naming her something cool.

Fun Fact: The name Anastasia Elizabeth always stuck with me and when my daughter was born I really wanted to use it. However, since I named our son, my husband had first pick of our daughters name. Needless to say no Anastasia Elizabeth for me. I still really love the name though.

The Baby-Sitters series eventually made the move to television in the early 90's. The series ran for only 13 episodes exclusively on HBO. I didn't see it however until it began airing on Nickelodeon a few years later. It can now be viewed in all its glory on streaming sites like Hulu and Youtube although you may have to do some digging for full episodes on that site.

Last but certainly not least, who can forget the Baby-Sitters Club movie released in 1995 starring a young Rachel Lee Cook and Larisa Oleynik whom you might remember better as being from She's All That and The Secret World of Alex Mack respectively. I've linked the trailer for the film down below for your viewing convenience. By the way if you haven't googled the actors recently you should cause woah did Luca turn into a major hottie. No judgement here if you drool a little.