2016 has been a remarkable year for Book to film conversions thus far and that momentum does not seem to be slowing down at all. So far this year we've seen film adaptations of books ranging anywhere from the cult classic Pride, Prejudice and Zombies to best selling novels The 5th Wave , Allegiant and the lesser known but still brilliant  13 Hours: The Inside Account of What Really Happened in Benghazi  .

Hollywood it seems has been bit by the book bug and I for one cannot wait to see what works get converted in the future (Please, please Joe McKenna's Dead City). For now though let's stick with the films being released in the back half of the year. I'm choosing to exclude Fantastic Beasts because I've mentioned it already in a previous post. With that being said and in no particular order here are some of my most anticipated still yet to be released. 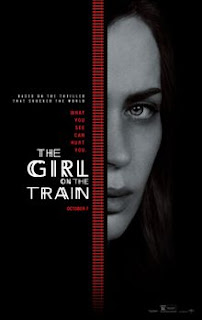 The Plot: Divorcee Rachel Watson takes the train to work every day and spends her commute fantasizing about a young couple living down the street from her ex-husband. One morning, she sees something shocking and finds herself entangled in a mystery that promises to forever alter the lives of everyone involved. 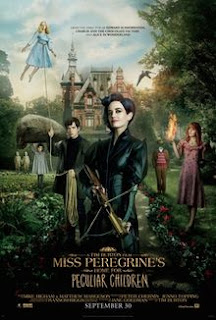 The Plot: When tragedy strikes close to home, 16-year-old Jacob "Jake" Portman is forced to travel to a mysterious island in order to discover the truth of what really happened. Jake's ordinary life takes an extraordinary turn as the childhood fairytales he heard from his grandfather start to become more plausible. After stumbling into what seems to be a different world, Jake is introduced to the extraordinary Miss Peregrine and her peculiar children at Miss Peregrine's Home for Peculiar Children. But when what seems to be a fairytale takes a horrific turn, Jake is forced to make a life altering decision in order to protect the ones he loves from the monsters of his grandfather's past, the creepy Hollows and the dangerous Wights led by the terrifying Mr. Barron. (wiki) 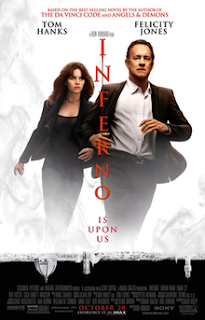 The Plot: When Robert Langdon wakes up in an Italian hospital with amnesia, he teams up with Dr. Sienna Brooks, and together they must race across Europe against the clock to foil a deadly global plot. (IMDb) 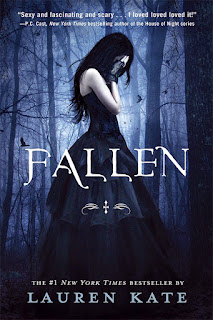 The Plot: Lucinda Price has been able to see "shadows" most of her life. After her latest incident with the shadows she is accused of murdering a boy by starting a fire and is sent to Sword & Cross, a reform school under the assumption that she is mentally disturbed due to her sightings. There she meets Cam whose eager to get her and Daniel who wants to stay as far as possible from her. (wiki) 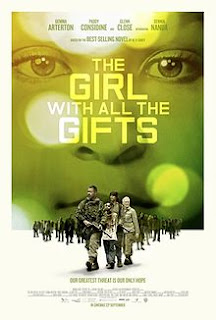 The Plot:  In a dystopian near future, humanity has been ravaged by a mysterious fungal disease. The afflicted are robbed of all free will and turned into flesh-eating 'hungries'. Humankind's only hope is a small group of hybrid children who crave human flesh but retain the ability to think and feel. The children go to school at an army base in rural Britain, where they're subjected to cruel experiments by Dr. Caroline Caldwell (Glenn Close). School teacher Helen Justineau (Gemma Arterton) grows particularly close to an exceptional girl named Melanie (Sennia Nanua), thus forming a special bond. But when the base is invaded, the trio escape with the assistance of Sgt. Eddie Parks (Paddy Considine) and embark on a perilous journey of survival, during which Melanie must come to terms with who she is. (wiki)

If you'd like to find more books being turned into film, I'll link some pages down below.
https://www.sportsbettingdime.com/news/entertainment-props/movietv-odds-which-books-are-headed-for-the-screen/

If you'd like to find out more about the book each film is based on click each title. I've linked them to Goodreads for your convenience.

Which films are you most excited for?
Have you read the books they've been based on?
If so, which do you recommend?

Leave your answers in the comments below, I love to read your responses. Like what you see? Please share!
Book To Movie Conversions Fallen From Page To Screen Inferno Miss Peregrine's Home for Peculiar Children The Girl on the Train The Girl with all the Gifts Upcoming releases