Let's Reminisce Together (6) Oh Avonlea, How I have missed you.

Netflix recently announced that they'd be bringing Anne of Green Gables back to small screen in collaboration with CBC (that's the Canadian Broadcasting Company in case you're wondering). 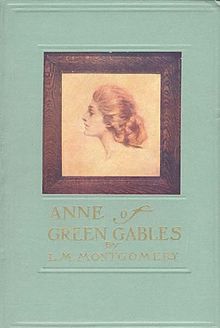 Anne of Green Gables is a series of novels written by Lucy Maud Montgomery. Anne of Green Gables was first published back in 1908 and told the story of an orphaned teenaged girl in 1890, Anne Shirley. After being in and out of orphanages and serving as a nanny for thankless employers, Anne winds up being adopted by Marilla and Matthew Cuthbert, siblings in their fifties and sixties . Though they had wanted a strong boy to help with the field work, they eventually welcome the very female Anne into their lives. 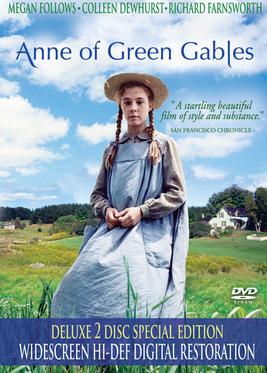 Now I don't know about you but I loved the original mini-series and it's spin off Road to Avonlea that premiered several years later. I used to own the entire series of books and devoured them all one summer much to the surprise of my librarian. I was such a huge fan that my parents even planned a trip to PEI so I could visit the Authors home and see where the shows were shot. Sadly, we never ended up going as I ended up coming down with something and so that portion of our trip was cancelled.

Needless to say, I was over the moon excited when news broke that Netflix had acquired the rights for it's own series. From the information released already it looks like Emmy® Award winner Moira Walley-Beckett will write the series and Award-winning director Niki Caro (Whale Rider, McFarland USA, Zookeeper’s Wife) has signed on to direct the two-hour premiere episode. The series is scheduled to drop in 2017 and will consist of 8 episodes.

No word has been released on who will play the pivotal character Anne Shirley but I'm hoping that she can capture some of the charm I remember Megan Follows having in the role.