This week I have some awesome and best of all Free Zombie E-books to share with you all! All books listed are Kindle Editions unless noted differently.

For Those Who Worship The Sun by James Michael Rice [Purchase]
It was supposed to be the trip of a lifetime. When Ben Sawyer and his friends decide to take an adventure tour in the Amazon Jungle, they are entranced by the tropical beauty of the forest and its creatures. But when their riverboat captain is killed and their boat disappears, leaving them stranded, their dream vacation quickly becomes a real life nightmare. Now they must brave the dangers of the wild as they make their way back to civilization. And they are not alone. Someone or something has been stalking them under the cover of darkness. Is it man, or beast, or something else entirely? Now the trip of a lifetime just might cost them their lives..

Just One Day by Jacob Prytherch [Purchase]
The engineer awoke to the sound of the failing air conditioning, knowing four things above all else. He knew who would be beating a monotonous rhythm on the door, he knew that he had to kill them, he knew that they would already be dead and rotting, and he was painfully aware that they would not be alone...

*Please note this is a Novella.

Flotsam & Jetsam by Carrie Ryan [Purchase]
New York Times bestselling author Carrie Ryan returns to the terrifying world of the Forest of Hands and Teeth with the short story, "Flotsam & Jetsam." When the zombie outbreak erupts on their ship during their senior cruise, two friends escape in a life raft only to find themselves adrift in an endless ocean with no rescue in sight. What’s worse: one of them is infected.

Survivors and Bandits by Cherno Journo [Purchase]
A catastrophic event has occurred on the coast of Chernarus and the population has been decimated by an unidentified outbreak. Those who remain are either infected and no longer human, or have hidden from the infected and are desperately struggling to survive.

A month after the event, a merchant ship becomes shipwrecked and dumps thirty people into the middle of this chaos. As the thirty wash up on the coast of Chernarus, the battles begin - the battle to survive: against the infected, known as Zeds; against the environment; and against destructive human nature. They battle each other for scarce resources. A battle of man against man.

Civilization is long gone; only survival remains. Who will prevail? 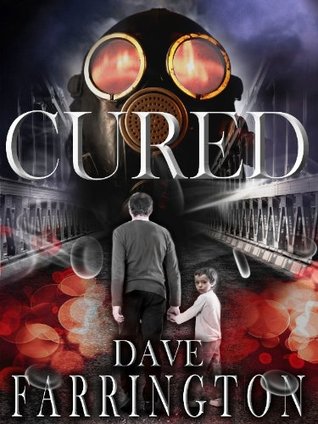 Cured by Dave Farrington [Purchase]
When he awakens in the Clinic, he is cured. With his grey skin and red eyes, he still looks like one of the infected, but he no longer hungers for human flesh. The very thought of it disgusts him.

In this first book of the Cured trilogy, George Roberts, a young Welsh doctor, tries to survive the immediate aftermath of the Infection, which has decimated the population of Britain. As he gradually recovers his memory he has to come to terms with the brutal crimes he may have committed while infected and the even more horrific possibility that his own wife and children may have been among his victims.

Before he can discover the truth, however, George has to contend with a military and political establishment whose motives for curing the infected are highly suspect, a survivor population blinded by grief and hatred, and the sinister fascistic Survivors’ League.