Happy 4th of July and a life update of sorts.

- July 04, 2020
Oh dear, I hadn't realized it has been nearly a year since my last post. I'm not sure what I want to do with my blog atm. I'm still not reading as much as I used to. I suppose I could write some reviews on older books that I've read during quarantine if you'd want to see my thoughts on them. I do know at some point I'm going to have to go through all my photos and replace broken tags. That's an undertaking I'm dreading. Hmm, what else? Ah, Covid. How is everyone handling things? I've been working this entire time and my city has been reopening since May but I can tell you we really shouldn't be. Cases are spiking wildly still and people just won't wear masks. It's frustrating. Every time I do go out I just have to scoff at all the people crowding restaurants and the mall. Like c'mon people is it so hard to curbside and go?? Anyway besides that life trudges on. I don't want to give false hope and say I'll post again soon but I…
Post a Comment
Read more

Cover Reveal: Avenged by an Angel by Felicity Heaton

New York Times best-selling paranormal romance author Felicity Heaton is set to release book 16 in her epic Eternal Mates series on August 20th, and today we re getting the first look at the cover of Avenged by an Angel. Delve back into this compulsive and addictive paranormal romance series with not one, but two novels coming in the next two months, plus you can get book one, Kissed by a Dark Prince, for FREE right now at your favourite retailers, and book two and three are on offer at an incredible price.

Check out the cover below  and discover more about the book, including where you can pre-order to enter an amazing giveaway for a Kindle Fire HD 10!


Duty should mean everything to the Fourth Commander of the Echelon angels. It did before he met her. Now, the only demon he wants to slay is the one that haunts the enchanting mortal huntress, and the temptation to hunt him in Hell, a realm that might kill him, is becoming impossible to resist.
Held captive by a dragon shifter in Hell…
Post a Comment
Read more 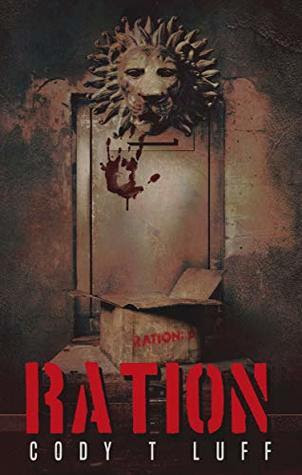 Cynthia and Imeld have always lived in the Apartments. A world where every calorie is rationed and the girls who live there are forced to weigh their own hunger against the lives of the others living in the building. It’s a world where the threat of the Wet Room and Ms. Lion always lingers, and punishments are doled out heavily both by the Women who oversee them and the other girls.

When Cynthia is wrongly accused of eating an “A” ration which leads to the death of another girl, her peers punish her harshly. In seeking revenge, she is forced from the only home she has ever known, out into the broader world with one of the Women—Ms. Glennoc—who has tormented her for years. Hunger mixes with politics, intrigue, and social status, and Cynthia needs to figure it out quickly if she’s going to survive and make it back to the Apartments to save Imeld.

With her friend and Ms. Glennoc gone, Imeld is lost. Ms. Tuttle forces her to step into Ms. Glennoc’s shoes, taking on the role of a Woman in ch…
Post a Comment
Read more 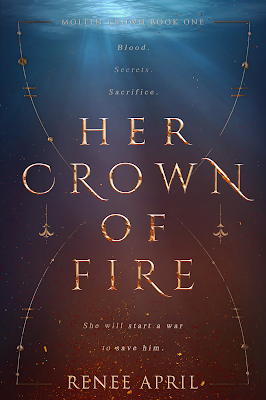 Summary:
In the dull, everyday world, seventeen-year-old Rose Evermore struggles to plan beyond her final year of high school. But when fire suddenly obeys her every command and her dreams predict the future, she becomes hungry for more of this strange power.
Under her dreams’ guidance, Rose lands in the fantasy realm of Lotheria–with a tagalong. Tyson, her best friend since childhood, winds up there with her, just as confused and a hell of a lot more vulnerable. In Lotheria, Rose is welcomed and celebrated as a fire mage at the Academy, while the very un-magical Tyson is forced into hiding under threat of death from the masters of Rose’s new school.
As Rose’s talent in fire magic draws unwanted attention and Tyson struggles to transition from high school student to blacksmith, Rose must find a way to return Tyson to their own world before the masters discover and execute him–no matter the cost.
Post a Comment
Read more

Nicholas Carter is content with his life at sea, free from the Ironwoods—a powerful family in the colonies—and the servitude he’s known at their hands. But with the arrival of an unusual passenger on his ship comes the insistent pull of the past that he can’t escape and the family that won’t let him go so easily. Now the Ironwoods are searching for a stolen object of untold value, one they believe only Etta, Nicholas’ passenger, can find. In o…
Post a Comment
Read more

Anywho, this whole concept came about after receiving an email with some covers for upcoming 2019 books in them. I was blown away by some of the artwork and it sent me scrounging the internet for more. Somehow I made my way to pinterest and tha…
Post a Comment
Read more