Showing posts from October, 2015
Show all

Recently I was contacted by the people at www.mancrates.com , a new company that “ships awesome gifts for men in custom wooden crates that has to be opened with a crowbar!” This being October and with all  minds focused on Halloween they asked me to come up with a list of items that I would include in a crate to survive the duration of horror movie. Naturally being the uber Horror fan that I am, I accepted the challenge!

Now before I get to the list, I want to say that even though this company specializes in gifts for men that doesn't mean female fans can't buy them for themselves or give them as gifts. I know I for one would love to receive something like this (hint, hint, wink). They have a wide range of boxes so do check them out when you get the chance.  Let's get started now shall we....

# 1 A working flashlight: Whenever I think of Horror films, I always wonder why the characters never seem to have working flashlights. We get it, Horror is supposed to be dark and spo…
Post a Comment
Read more

Book Trailer Tuesday is a Weekly Blog Post hosted by me at Blood Sweat and Books. Each week I choose two Book Trailers to showcase. One Trailer will be for an upcoming book and the other will be one that has already been released. This week I focus my spotlight on Alive by Scott Sigler & Hotel Ruby by Suzanne Young.

Available Now:Alive by Scott Sigler A young woman awakes trapped in an enclosed space. She has no idea who she is or how she got there. With only her instincts to guide her, she escapes her own confinement—and finds she’s not alone. She frees the others in the room and leads them into a corridor filled with the remains of a war long past. The farther these survivors travel, the worse are the horrors they confront. And as they slowly come to understand what this prison is, they realize that the worst and strangest possibilities they could have imagined don’t even come close to the truth.

Spotlight & Giveaway! Through The Dark by Alexandra Bracken #ThroughTheDark

IN TIME
Gabe's life has been devastated in the wake of the economic crash. The only option left for someone like him to escape his tragic past is to leave his small town behind and to attempt to become a skiptracer. This already almost-impossible task is made all the more difficult by his first "score,"a young girl who won't speak, but who changes his life in ways he could never imagine.

SPARKS RISE
Sam didn't think things could get worse at Thurmand rehabilitation camp. Then the Reds arrive. Everyone assumed the kids with firepower had been killed years ago. Instead they were taken away, brainwashed, and returned as terrifyingly effective guards. To her horror, Sam recognizes one of them: Lucas, the one spark of light in Sam's dark childhood. 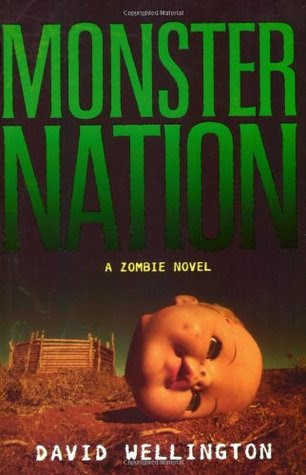 
In the heart of America, in the world's most secure prison, something horrible is growing in the dark. A wave of cannibalism and fear is sweeping across the heartland, spreading carnage and infection in its wake. Captain Bannerman Clark of the National Guard has been tasked with an impossible mission: discover what is happening — and then stop it before it annihilates Los Angeles. In California, he discovers a woman trapped in a hospital overrun with violent madmen. She may hold the secret to the Epidemic but she has lost everything — even her name. David Wellington's first novel, Monster Island, explored a world overcome by horror and the few people strong enough to survive. Now he takes us back in time to where it all began — to the day the dead began to rise.

Waiting On Wednesday is a weekly blog post hosted by Breaking The Spine where readers showcase which books they are highly anticipating. This week I'm turning my spotlight on My Lady Jane by Cynthia Hand, Brodi Ashton and Jodi Meadows

For fans of The Princess Bride comes the comical, fantastical, romantical, (not) entirely true story of Lady Jane Grey.

Lady Jane Grey, sixteen, is about to be married to a total stranger—and caught up in an insidious plot to rob her cousin, King Edward, of his throne. But that’s the least of Jane’s problems. She’s about to become Queen of England. Like that could go wrong.


___________________________________ Why Am I Waiting? Lady Jane Grey has one of the most tragic stories in history so it will be really interesting to see how the authors can make this Princess Bride esque while still staying truthful to who she was. Unless of course the only likeness to her is in name. I can accept that if that is th…
2 comments
Read more
More posts