Showing posts from June, 2016
Show all

Let's Reminisce Together (5) The book that still confuses me.

work in progress image Good day fellow followers! It's Thursday, which means it is time for another edition of Let's Reminisce Together. This week I want to look back at a book that I reviewed a few years ago called Ninja Versus Pirate Featuring Zombie by James Marshall (You can read that review by clicking Here). Ninja Versus Pirate was one of the first books I ever read through Netgalley. At the time, I had high hopes for the story. Sure the title should have given me some sort of clue to the mess within but call me optimistic... I really thought this would be a quirky fun read.  Sadly, even after all these years and 1 failed reread I am still not really sure what the point of the story was. Now you're probably thinking "Well you're still talking about it. So that's good right?" . Eh, maybe. I mean, I do think about this book a couple times of year but on the other hand it's mostly in response to "What's the worst book yo
Post a Comment
Read more

Author: Mark C. Scioneaux & Dane Hatchell Genre: Young Adult, Horror Publisher: Evil Jester Press Publication Date: October 16, 2013 As blood stains the sugar white sands of Pensacola Beach, mysterious disappearances plague the area. But this doesn't stop a group of high school seniors from having one last blowout at an exclusive beach mansion before graduation. But Mandy, the party's host, has plans of her own. With a special friend, a massive bull shark she befriended as a child, Mandy plans to work through her teen angst the only way she knows how: with the help of massive jaws and an insatiable appetite for human flesh! Review Slipway Grey is a book that I have had kicking around in my closet for a couple of years now. I don't really remember how the book came to be in my possession but I'm pretty sure it was won through a giveaway of some sort. With Shark Week fast approaching I needed something to put me in the mood and Slipway Grey was
Post a Comment
Read more 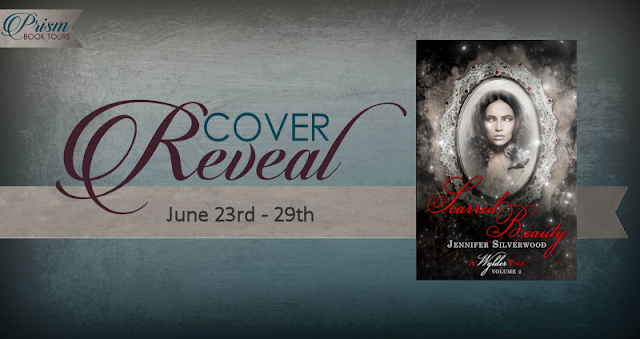 On Tour with Prism Book Tours . Welcome to the Cover Reveal for Scarred Beauty By Jennifer Silverwood Coming December 1st 2016... (A Wylder Tale Novella) Genre:YA, Dark Fantasy Vynasha has become prisoner with the other wyld beasts of the castle, but she is not alone. In the howling darkness her majikal bond with the Dungeon Master, Grendall grows, awakening the dormant power in her blood. Yet as she discovers the true nature of the other beasts, she learns she must embrace madness in order to free them all. Vynasha is willing to do anything to end the curse, even if that means transforming into a monster. Burried secrets come to light in this seductive sequel to Craving Beauty, the Gothic retelling of the classic fairy tale of Beauty and the Beast, where nothing is exactly as it seems and the heroine must be her own hero. Pre-order from: Goodreads │ Amazon │ Smashwords Other Books in the Series Craving Beauty (A Wylder Tale, #1) by Jen
Post a Comment
Read more

Title: Vampire Knight Author: Elizabeth Loraine Genre: Paranormal Hosted by:  Lady Amber's PR Blurb: Vampire Knight is a Royal Blood Chronicle character novella about Katrina’s father Fredrik during his years as a Templar Knight. Find out secrets he’s never revealed before, meet new characters and see familiar characters in a different light along the way, including Katrina’s mother, Elizabeth and Fredrik’s brother, William. “I wanted to give the loyal fans of Royal Blood Chronicles a prequel where they could get to know many of the main characters of the series and join them on early adventures. I hope you enjoy Vampire Knight.” Elizabeth Lorain. I grew up in a small northern Minnesotan town married my high school sweetheart, had two beautiful children and as soon as we could we moved to a warmer climate. I have worked with my husband building and decorating custom homes for years. After loving every kind of vampire book, movie and series I dec
Post a Comment
Read more

work in progress image Good day fellow followers! It's Thursday, which means it is time for another edition of Let's Reminisce Together. This week I want to look back at Read Along Adventures aka AudioBooks for kids. Audio Books today are of course delivered electronically (mostly) and can be listened to from practicually any device that has speakers (laptops, E-Readers, Cell Phones etc...) but remember when you needed a tape recorder or record player to listen to them?? Enter, Read Along Adventures. One of my favorite things about growing up in the 80's was listening to books on tape. I would carry my little record player with me everywhere and pretend to read the books I was listening too. Some of the coolest stories came from Movies and if a movie was popular enough you'd bet your bottom dollar a Read-Along Adventure was shortly to follow. Image from Wikipedia I also remember listening to books through devices such as Teddy Ruxpin or the Mother Goose
Post a Comment
Read more

Waiting On Wednesday (139): Wake The Hollow by Gaby Triana

Waiting On Wednesday is a weekly blog post hosted by  Breaking The Spine  where readers share which books they are highly anticipating. This week I want to share  Wake The Hollow by Gaby Triana. Why I'm Waiting :  A contemporary take on the Legend of Sleepy Hollow, consider me sold! I saw this book on my Goodreads feed and once I read the description I knew it was a book I'd be interested in. Beyond that I don't really know much about the book but just glancing at the reviews it seems to have some pretty awesome feedback so far so I'm hopeful.  Expected Publication: August 2, 2016 by Entangled Teen Forget the ghosts, Mica. It’s real, live people you should fear. Tragedy has brought Micaela Burgos back to her hometown of Sleepy Hollow. It’s been six years since she chose to live with her father in Miami instead of her eccentric mother. And now her mother is dead. This town will suck you in and not let go. Sleepy Hollow may be famous for its fabled he
9 comments
Read more

Review: The Hatching by Ezekiel Boone

Author: Ezekiel Boone Genre: Young Adult, Horror Publisher: Atria/Emily Bestler  Books Publication Date: July 5, 2016 Deep in the jungle of Peru, where so much remains unknown, a black, skittering mass devours an American tourist whole. Thousands of miles away, an FBI agent investigates a fatal plane crash in Minneapolis and makes a gruesome discovery. Unusual seismic patterns register in a Kanpur, India earthquake lab, confounding the scientists there. During the same week, the Chinese government “accidentally” drops a nuclear bomb in an isolated region of its own country. As these incidents begin to sweep the globe, a mysterious package from South America arrives at a Washington, D.C. laboratory. Something wants out. The world is on the brink of an apocalyptic disaster. An ancient species, long dormant, is now very much awake. Review The Hatching by Ezekiel Boone is a book I requested because it sounded delightfully creepy. I had been in a Horror rut for
Post a Comment
Read more

Hey ya'll, I'm back this week with some bite sized movie reviews! This past week I watched two new to me Zombie flicks on Hulu and Crackle. Both films were special in their own ways. I'm not sure I'd really recommend either but they weren't so bad that I'd write them off entirely as wastes of time. First up, I watched   Humans vs. Zombies Release Date: November 2011 My Thoughts:  This film started out pretty much in B-Movie territory. The acting was subpar and the cinematography looked like it came from a rented camera that might have been abused in the past. The story in and of itself wasn't bad. In short, students on summer break are exposed to a deadly virus that is spread rapidly through direct human contact. Naturally being college kids a LOT of human contact happens thus spreading the virus rapidly. I think this film could have been better if it had a bigger budget but it definitely felt done on the cheap. I also really did not like the charac
Post a Comment
Read more

Review: What the Dead Want by Norah Olson

Author: Norah Olson Genre: Young Adult, Horror Publisher: Katherine Tegen Books Publication Date: July 26, 2016 16 -year-old Gretchen takes photographs to understand the world around her, a passion her mother Mona fostered and encouraged when she was still around. Since her mom disappeared years ago, Gretchen and her dad have lived on their own in New York City, haunted by Mona’s absence. When Gretchen’s great aunt Esther calls unexpectedly to tell her that she has inherited the pre-Civil War mansion on her mother’s side of the family in upstate New York, Gretchen understands nothing except that her aunt needs her help. But what she finds there is beyond her imagination. The house is crumbling apart, filled with stacks of papers and journals from decades, even centuries past, and it’s crawling with rodents. It’s also full of secrets and a legacy of racism and violence so reprehensible that the ghosts of the past are exacting revenge on the living. Somehow the mystery of Mo
Post a Comment
Read more 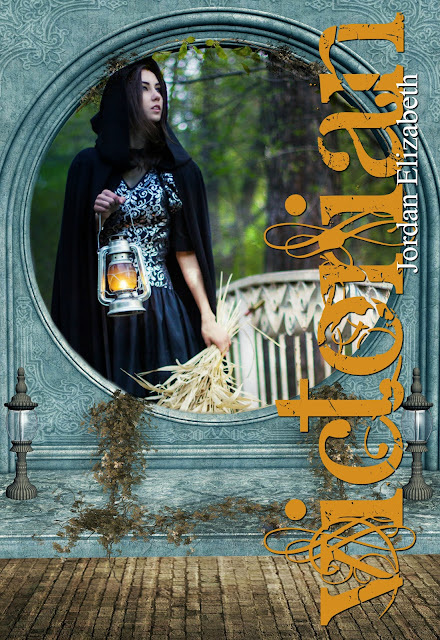 VICTORIAN A young adult novel about ghosts, history, and two girls who find second chances at life. Thank you, Rue Volley, for this gorgeous cover! Expected publication: June 24th 2016 by Crushing Hearts and Black Butterfly Celeste struggles with finding her way from a dark past until she gets a summer volunteer gig at the local historical fair. Enter outrageous actors, dominating psychics, and ghosts stirred by a medium’s presence. With the help of the psychic’s son, who isn’t at all what her dream date would look like but rather endearing all the same, Celeste uncovers secrets about the village left hidden amongst the dilapidated buildings. Searching deeper will mean opening her heart, a part of her she’s locked up tight and been petrified of freeing. Author Info Jordan Elizabeth is known for her odd sense of humor and her outrageous outfits. Surrounded by bookshelves, she can often be found pounding away at her keyboard – she’s known for breaking keyboards, too
Post a Comment
Read more
More posts