Showing posts from October, 2016
Show all

If this plot seems familiar it is. This manga is based on the 2001 Japanese film Suicide Club by Sion Sono. The Manga differentiates from the film by adding a survivor to unravel the very complicated plot and it also s…
Post a Comment
Read more 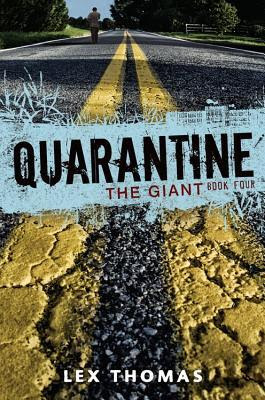 In the violent early days of the quarantine, Gonzalo joins a gang of thieves who live in the ductwork of McKinley High School. There he falls in love with Sasha, but as he grows too big to fit, he is forced to leave without her.

A year later, he scours the infected zone for her. No matter how many murderers, puncture wounds, or militia he has to survive, Gonzalo can't give up on Sasha.

In the fourth installment of the Quarantine series, Lex Thomas delivers two intertwined stories about love and longing, which merge in a conclusion where the fate of the entire infected zone hangs in the balance.

*Small Spoilers Below
Review Quarantine: The Giant is the fourth book in the Quarantine series. As a person who felt less than fulfilled by the conclusion to the story in The Burnouts (the supposed last story in the series btw) I was really happy to learn that the story would continue in The Giant. However, that excitement quickly faded once I had the book in my hands and here's why:
My fi…
2 comments
Read more 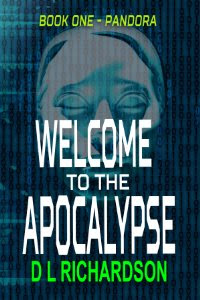 Kill or be killed just got real in this game.

It's launch day of a game that'll entertain cosplayers and doomsday preppers. Kelly, Jack, and Reis enter simulation pods to survive a virtual apocalypse, yet instead of "game over" they enter a new game. Then another. Each new day brings a new battle. Surviving the games is easy, it's "kill or be killed". But fatigue and cyber sickness are setting in and the pods are designed for three days. With no communication to or from the operators, they can only hope they're rescued before it's too late.


VOTE NOW
You must have an Amazon account to vote.
Excerpt available to read on the Kindle Scout page.
Campaign runs through Oct 28.
A Message from the Author:
Hello! My sci-fi novel "Welcome To The Apocalypse" has been approved for a 30 day campaign with Kindle Scout, an imprint of Amazon. I'm hoping you can help me WIN nominations.

Book Trailer Tuesday is a Weekly Blog Post hosted by me at Blood Sweat and Books. Each week I choose two Book Trailers to showcase. One Trailer will be for an upcoming book and the other will be one that has already been released. This week I focus my spotlight on The Shadow Fabric by Mark Cassell &The Secret History of Twin Peaks by Mark Frost.

Available Now:The Shadow Fabric by Mark Cassell Leo remembers little of his past. Desperate for a new life, he snatches up the first job to come along. On his second day, he witnesses a murder, and the Shadow Fabric – a malevolent force that controls the darkness – takes the body and vanishes with it.

Determined to get answers, Leo has no idea where to turn. Revelations come in the most unlikely places, and secrets of witchcraft and ancient artefacts unfold. In particular, a device used in the 17th century to extract evil from witches proves key to his discoveries. With these truths long hidden from humankind, his memory unravels. Not only…
Post a Comment
Read more

Title: Frenzy  Author: Casey L Bond Genre: YA Paranormal Cover Designer: Cover Me Darling Hosted by: Lady Amber’s PR
Blurb: After the world was ravaged by a viral apocalypse, Blackwater is one of the only colonies that remains. The survivors came together to create this safe haven. Nestled between a fierce river and a city’s flood wall, the well-being of its residents hangs on a long-established treaty with the night-walkers. Sounds simple enough, but lately, the people of Blackwater have been dying, and the humans believe the night-walkers are to blame.

Porschia Grant starves for more than her parents’ affection. Forced to enter the rotation, she will be given extra food rations in exchange for becoming a vampire’s breakfast and dinner for a week. The rotation has an extra responsibility as well: leave the colony and enter the dangerous forest to hunt for food. A night-walker will protect the hunters from the infected that roam the woods. But with the treaty hanging in the balance and ten…
1 comment
Read more
More posts