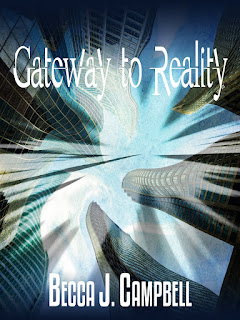 Then he wakes from a bizarre dream, haunted by the sense that his life isn't real. A harrowing truth presents itself--the real world lies in his dreams, not when he's wide awake.

The dream world he enters each night is rich and vibrant. Chicago appears the same on the surface, but chaos runs rampant as gravity, physics, and other laws of nature become fluid, changing unexpectedly. There, Wes's parents, brother, and sister are strangers. His girlfriend Emily doesn’t recognize him. Suddenly Wes longs to return, to unlearn the truth about his dual reality.

Wes would sacrifice almost anything to get back to blissful ignorance in a false world.

But now he has feelings for the real Emily.

An avid lover of stories that tiptoe the line between fantasy and reality (even when they plunge off one side or the other), Becca J. Campbell looks for new angles on bridging the gap between the two. She holds a special place in her heart for any story that involves superpowers or time travel. Her passion is defying the limits of her own creativity.
As the wife of a musician and mother of three young boys, Becca's life is never dull. Whether it is writing, painting or knitting, she enjoys making stuff that wasn't there before.

Everyone knows I love a good cover, it really can make or break whether I'd buy a book or not. That being said I don't mind this cover. Sure it could have a bit more impact but I think it captures the point of the book OK and ultimately that is what matters.