The Intercept by Dick Wolf- Review 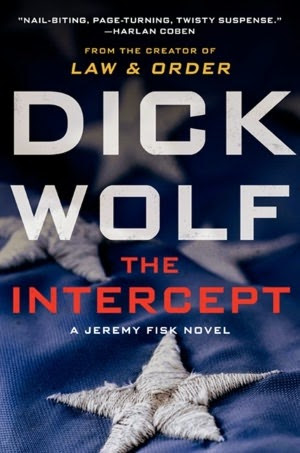 Days before the July Fourth holiday and the dedication of One World Trade Center at Ground Zero, an incident aboard a commercial jet over the Atlantic Ocean reminds everyone that vigilance is not a task to be taken lightly. But for iconoclastic New York Police detective Jeremy Fisk, it may also be a signal that there is much more to this case than the easy answer: that this is just the work of another lone terrorist.

Fisk—from the department’s Intelligence Division, a well-funded anti-terror unit modeled upon the CIA—suspects that the event might also be a warning sign that another, potentially more extraordinary scheme has been set in motion. Fluent in Arabic and the ways of his opponents, Fisk is a rule breaker who follows his gut—even if it means defying those above him in the department’s food chain. So when a passenger from the same plane, a Saudi Arabian national, disappears into the crowds of Manhattan, it’s up to Fisk and his partner Krina Gersten to find him before the celebrations begin.

Watching each new lead fizzle, chasing shadows to dead ends, Fisk and Gersten quickly realize that their opponents are smarter and more agile than any they have ever faced. Extremely clever and seemingly invisible, they are able to exploit any security weakness and anticipate Fisk’s every move. And time is running out.