From Page To Screen (30) The Chronicles Of Narnia: The Lion, The Witch and The Wardrobe

For this weeks From Page To Screen, I have decided to cover C.S. Lewis's The Chronicles Of Narnia: The Lion, The Witch and The Wardrobe. 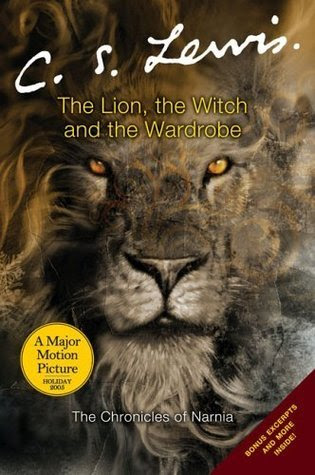 Lucy Pevensie- Youngest of the Pevensie children, she is the first to discover the land of Narnia. Lucy is said to be a courageous child with a love for animals. Lucy has a great desire to help others which is probably why she is also the most faithful to the Narnians in their hour of need.

Edmund Pevensie- Second youngest of the Pevensie children. Edmund is described as being spiteful and mean-spirited. He also enjoys ridiculing his youngest sister Lucy.

Susan Pevensie- Second Oldest of the Pevensie children. She does not believe Lucy's story concerning the existence of Narnia. Susan is most content in positions of ease and comfort. She is a very cautious person and tends to advise her siblings to avoid anything unpleasant or untoward.

Peter Pevensie- Eldest of the Pevensie children. Loyal and devoted to his siblings he tends to act more like a young adult than a boy just 13 years of age. While he does not believe Lucy when she tells him about Narnia, he also defends her when Edmund starts teasing her.

Aslan The Lion- True ruler of Narnia. He enlists the help of the Pevensie children to overthrow the rule of the tyrannical ruler Jadis.

Now let's discuss the movie below is the poster:

The above mentioned are the most significant changes I felt between the book and film though I'm sure I missed a few. I guess the question that remains is which do I prefer? This one is tough because the book goes into such great detail it feels very cinematic while reading it. On the other hand the film is just shot beautifully and the acting is quite good overall. In the end though by the slimmest of margins I enjoy the book a bit more. It really is hard condensing so much information into the format of film and some lovely details were left by the wayside in order for it to be a reasonable length on screen. Definitely read the book if you haven't already same goes for the film.

Well that about wraps up this weeks From Page To Screen. Have a recommendation for an upcoming From Page To Screen, let me know in the comments below! Have you read the book or watched the film? Which did you like better? Why? Which is your favorite book in the Narnia series?

Leave your answers in the comments below, I love to read your responses.Like what you see? Please share!
Book To Movie Conversions C.S. Lewis Epic Fantasy From Page To Screen The Chronicles Of Narnia The Lion The Witch and The Wardrobe Trailer