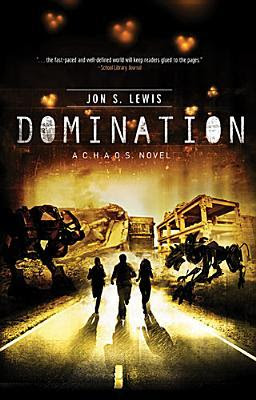 THEIR GOAL IS SIMPLE: TOTAL DOMINATION.
With six arms and jaws that can snap a man in two, the warmongering race of aliens known as the Thule has conquered every planet they’ve attacked.
And now their invasion of Earth has begun.
Humanity’s only hope springs from a mysterious Thule legend about a Betrayer, who they believe will rise up and destroy their people. The American government tried to manufacture their own Betrayer by injecting children with Thule blood but time after time the experiment failed . . . until Colt McAlister.
A decade later, Colt is a 16-year-old cadet at the CHAOS Military Academy where he’s training to defend mankind. But he’s afraid that the alien blood may be turning him into a Thule—and he’s beginning to suspect that fulfilling his role as the Betrayer may cost him everything.
Experience a cosmic battle filled with high-tech gear, gateways to other planets, and ultimate stakes. Not everyone will survive. But heroes will rise up and step into their destiny in this earth-shaking conclusion to the C.H.A.O.S trilogy.

Check out the other books in the series!!
It started with an Invasion

He didn't ask for the job, but now all that stands between us and chaos... is Colt

Colt McAlister was having the summer of his life. He spent his days surfing and his nights playing guitar on the beach with friends. He even met a girl and got his first car. But everything changes when his parents are killed in a freak accident.

He's forced to leave his old life behind and move to Arizona with his grandfather. The only person he knows at the new high school is a childhood friend named Dani. And Oz, a guy he's sure he's never met but who is strangely familiar.

But what if his parents' death wasn't an accident? His mother, an investigative reporter, was going to expose a secret mind-control program run by one of the world's largest companies. Before she could release the story, what if agents from Trident Biotech made sure she couldn't go public?

Vowing to uncover the truth, Colt gets drawn into a secret world of aliens, shapeshifters, flying motorcycles, and invisible gateways.

The Invasion has begun.
The Series Continues With Alienation

But before he can save the world, he has to survive the day.

All Colt wants to do is return to his old life . . . where aliens don't exist . . . where mankind hasn't been targeted for destruction . . . and where his parents are still alive. Unfortunately life doesn't work that way.

The United States government believes Colt holds the key to our survival, so they're sending him to the CHAOS Military Academy along with his best friends Oz and Danielle. There they'll be trained to defend Earth against a swarm of alien shape shifters known as the Thule. But someone is trying to eliminate Colt before he can lead that charge. Shocked to learn about key events in his past and unsure who he can trust, he is alienated and on the run.