For this weeks Zurvival Saturday I wanted to dog something a bit fun by sharing my Zombie Apocalypse Celebrity Survival Team. I have to give credit to Gary's S.T.A.L.K.E.R. group on Facebook for giving me this idea. Without further ado, here are my picks!

1. Norman Reedus- Not only does he portray the badass Daryl Dixon on TV's The Walking Dead but I honestly believe he'd be a great guy to have around when the shtf. He seems like the type who could handle himself well and be an asset while still bringing common sense to the table. I wouldn't have to worry about Norman doing anything stupid like trying to save some ridiculous mansion in the Hollywood hills and he certainly doesn't seem the prissy type who'd be embarrassed by lack of hygiene in the event water plants shut down. So yup I'm claiming Norman for my team.

2. Michael Rooker-  Not only is Michael a great actor but he's a man's man. He's not afraid to get his hands dirty, believes self protection is key to defending oneself and has an extremely high pain tolerance. Plus he's stubborn like me and stubborn people tend to do better than those who just go into every situation with guns blazing. Although definitely need to keep him from the plants. A green thumb he is lacking.

3. Patrick Stewart- Don't laugh there's more to him than meets the eye. Since Patrick Stewart is a huge advocate for human rights he would be a moral voice for the group.   Plus being a Master Thespian Patrick Stewart could entertain us for years to come and since his knowledge of the classics is so extensive I have no doubt he could commit them to paper from memory alone.

4.John Cena-  Not only is John Cena built like a rock but he could basically be a one man wrecking ball of pain without the aid of weapons.  Plus he'd keep everyone in tip top shape which is definitely something one would need to be to survive years of undead hordes beating down your door. 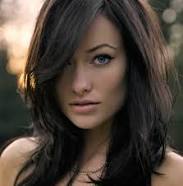 5. Olivia Wilde- I realize I'd probably get tired being around guys all the time so figured if I had to have any
female celebrity saved it would be Olivia Wilde.  Plus despite being uber hot she is more than just a pretty face. She can ride horses, enjoys atv's  and likes getting dirty (real dirt people not the bedroom kind). So yep I think she'd make a perfect edition to my celebrity survival team.