Welcome to my stop on the Crescent blog tour hosted by YA Bound.
Click HERE to see the full blog tour schedule!


They said she wasn’t human. They were wrong.
A seemingly endless war against the insurgent Crowhoppers keeps the people of Moontown fighting when they’d rather be mining valuable Helium-3. Crater Trueblood’s valiant efforts against the genetically-manipulated beings weighs heavily on his mind. What is he really fighting for?
In the midst of a deadly battle, Crater captures an enemy Crowhopper. But this one he refuses to kill. “It” is genetically more human than not and its gender seems to be female. She calls herself Crescent.
Crater takes her to Moontown as a prisoner of war, but treats her kindly. However, at the hands of Moontown residents Crescent experiences prejudice and even cruelty.
Soon Crescent is imprisoned for a murder she didn’t commit. Crater comes to her aid, and the two become fugitives, escaping into the vast expanse of hostile terrain called “the big suck.” For Crater, it turns out the cause most worth fighting for may be right by his side.

I asked the author to write about a character from the story and this is what they came back with! 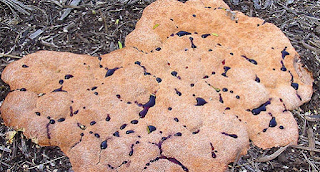 
Background: The gillie is a sentient biocomputer manufactured primarily from slime mold cells. Believed to be the last of its kind, it was built by the Macingillie Corporation of Shanghai, Third Republic of East China. Gillies were designed to assist their owners with communications, administration, scheduling, research, and advice. Gillies were outlawed by nearly every Earthly nation in 2107 after various break-ins of secure computers and releasing of classified information. There are also records of owner complaints about gillies who gave tendency advice when it wasn't asked for.

Author Bio & Follow Links
Homer Hickam is the author of many best-selling books with his best known the acclaimed memoir Rocket Boys: A Memoir which was made into the award-winning film October Sky where he was portrayed by Jake Gyllenhaal.

Born and raised in the small mining town of Coalwood, West Virginia, Homer is a graduate of Virginia Tech, a Vietnam veteran, a scuba instructor, a paleontologist, and a former NASA engineer. He has won many literary awards including the Clarence Cason Journalism Award from the University of Alabama and an honorary doctorate in Literature from Marshall University.
Homer is on Facebook at http://www.homerhickamofficialpage.facebook.com and maintains an extensive website at www.homerhickam.com
Homer and his wife Linda and their five cats share their time between homes in  Huntsville, Alabama and St. John of the U.S. Virgin Islands.

5 print copies of Crescent (US only)