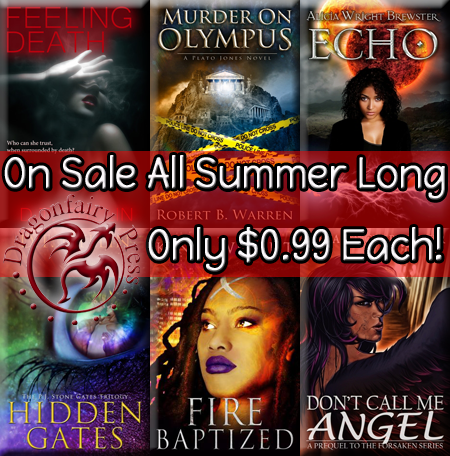 Book one of the P.J. Stone Gates
Trilogy

For P.J. Stone, being a “Seer” who has never seen anything is less than fun. And P.J. isn’t known for her patience.

To make matters worse, she must choose a suitable mate to continue the Seer bloodline. Duty always comes before her heart…at least that’s what her parents taught her. When she finds herself wanting someone who is considered off-limits, P.J. is forced to question everything she believes.

As if navigating her love life isn’t complicated enough, P.J. finally receives a vision—of a threat to her world that only she can perceive. But no one will believe a fledgling Seer’s warnings. With nowhere else to turn, she may decide to trust a stranger with her life, her world, and maybe even her heart.

P.J. Stone is a Seer who saw too little, too late.

In the past, her biggest worries were boys and school—but war has a way of changing things. Now, the alien Riders are trying to overrun the world. As the last of their kind, P.J. and her friends must find a way to save humanity before there’s nothing left to save.

After choosing a mate, P.J. hoped she'd have time to enjoy her love life. But with everything changing so quickly and major secrets revealed, who knows what the future will bring?

Samantha Bevans is having the best sex of her life—but it's not with her husband.
Fortunately for her marriage, the affair is all in her mind. Isn't it?
As an empath, she senses other people's emotions. But her connection to the man with the the chiseled face and haunting eyes seems so real.

There's no time for fantasies with a serial killer loose in Pittsburgh. The
killer is targeting dancers at a strip club where Samantha used to
bartend, back when drugs were the only cure for the torment of her
abilities. As a member of a special task force, Samantha uses her
talents to sense the victims’ final thoughts. Just when she thought the
case was complex enough, she discovers one of the victims was thinking about her fantasy man when she died.

Who can Samantha trust when she can’t trust her own mind? An empath feels the emotional environment
around her…and Samantha is surrounded by death

Book one of the Habitat Series
Urban Fantasy
276 pages

Since the 1970s humans
have forced supernaturals to live in caged cities. Silver brands
embedded in their foreheads identify them by species: a full moon for
Vampires, a crescent moon for Shifters, a pair of wings for Fairies, and the list goes on, for each supernatural species has been tagged and categorized by humans.

Lanore Vesta is marked with a silver X, the brand of Mixbreeds, second-class citizens shunned by society. She stays to herself, revealing her ability to create fire only during emergencies. All she wants to do is graduate college and stop having to steal to survive. But when she stumbles upon a murder in progress, she catches the attention of a supernatural killer. Now all she wants is to stop finding dead bodies in her apartment.

Enlisting help from her Were-cheetah ex-boyfriend MeShack and a new mysterious friend named
Zulu, she is steered through the habitat’s raunchy nightlife. But their presence sometimes proves to be more burden than help, as they fight for her attention.

While the corpses pile up, and the scent of blood fills the air, Lanore is left wondering: Will she find the psycho or die trying?

Book two of the Habitat Series

After Dante Bottelli’s slaughter of Vamp-owned Mixbreeds, Lanore and Zulu execute a well-planned attack that hits Dante where it hurts the most—his pockets.
But their attack triggers a chain of unfortunate events, and allows
Detective Rivera to blackmail Lanore.

Rivera forces Lanore to investigate his case, the Burning Bush Murders. Someone's been tying girls to bushes and setting them on fire. Lanore must find the killer, or Rivera goes public with his information.

Meanwhile, Dante won't take his defeat without a fight. He counterattacks and the
Santeria habitat, as well as Lanore’s and Zulu’s lives, is changed
forever.

The countdown clock reads ten days until the end of the world. The citizens are organized. Everyone's been notified and assigned a duty. The problem is . . . no one knows for sure how it will end.

Energy-hungry Mages are the most likely culprit. They travel toward a single location from every corner of the continent. Fueled by the two suns, each Mage holds the power of an element: air, earth, fire, metal, water, or ether. They harness their powers to draw energy from the most readily available resource: humans.

Ashara has been assigned to the Ethereal task force, made up of human ether manipulators and directed by Loken, a young man with whom she has a complicated past. Loken and Ashara bond over common goal: to stop the Mages from occupying their home and gaining more energy than they can contain. But soon, they begin to suspect that the future of the world may depend on Ashara's death.

After crawling her way out of Hell, Six is ready to cast aside her angel wings and all the responsibilities that come with them. But Earth is not as peaceful as she imagined it. Demons, dark angels, and other hell-beasties escaped before her, and they're not as content as she is to live a quiet life on Earth. A fellow angel who escaped Hell with her commits a series of soul-murders, destroying human souls so they can't go to the afterlife.

Although Six has conflicting feelings about humans, she goes after the
other angel to keep their escape a secret from the one she fears most.


Book one of the Plato Jones
Series
Urban Fantasy

At first glance, the Gods of Olympus are as different from one another as salt is from sugar. Despite their bickering, they share a universal bond, a thread of commonality that unites them.

After a stint with the Olympic Bureau of Investigation, Plato Jones is through with the Gods and their political games. Against his protests, he's drawn into a murder investigation, where the murderer's targets are the Gods themselves.

Plato has cracked some tough cases: exposing cheating spouses, capturing treasonous heretics, hunting three-headed dogs. But this time he’s in over his head. How can he solve a crime that’s impossible to commit? And what chance does Plato—a mere mortal—have against something powerful enough to kill a God?