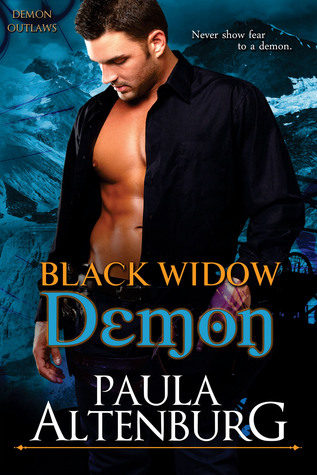 Passionate and headstrong, half-demon Raven is nearly executed on the orders of her fundamentalist stepfather. She escapes from the burning stake using the gifts of her otherworldly heritage and the help of a mortal stranger named Blade. Now she’s set on revenge, and only quiet, intense Blade stands in her way.

A retired assassin weary of the weight of his past, Blade has crossed the desert to seek out a new life. His journey is interrupted when his conscience demands he help Raven find an old friend who can help her. Saving her from her need for revenge and delivering her into the hands of loved ones means he’s one step closer to redemption.
But as Blade’s sense of duty becomes something more and threats, both mortal and immortal, stalk the woman he can’t abandon, he could very well fall back into the life he’s trying so hard to escape.

__________________________________________
Excerpt
Ruby drifted up to the bar not long after, smoothing the muslin of her gown over her hips. She wore her red hair high on her crown, with a few long, loose curls trailing against the creamy skin of her neck. The fine lines around her smoky gray eyes made her look wise rather than old. Blade often wondered at her true age. Not that it mattered to him.

“Sapphire has gone upstairs with a young man her age,” he said to her.
“So there’s going to be trouble,” Ruby sighed, interpreting what he did not need to say. “If she was as smart as she is attractive, she’d know enough to leave the young ones to the older women.”
“Maybe he’ll take her away from all this.” Blade kept a neutral expression. He was curious what Ruby’s reaction to that statement would be.

She did not laugh. Instead, she appeared to mull over his words. “She would have to want to go. But I’m very much afraid that Sapphire enjoys being a whore too much.”
Blade wondered why that surprised him. He’d always assumed the women did what they did because they had no choice. It had never occurred to him that they might like it.
“Do you enjoy it?” he asked. They knew each other too well for him to worry the question would offend her.

She leaned on the bar, propping her chin in one of her hands. Her gray eyes grew thoughtful as she considered the question. The sounds of the saloon dimmed around them. “I like being a businesswoman. There’s a difference.”

She lifted her tray and went back to work. As he watched her move around the room, her head dipping occasionally to talk to someone, he thought again about asking her to marry him. He could do worse.

Paula Altenburg lives in rural Nova Scotia, Canada, with her husband and two sons. Once a manager in the aerospace industry, she now enjoys the freedom of working from home and writing full time. She currently writes demon westerns for Entangled Publishing.