What would you do if you held
infinite power in the palm of your hand?

We asked the hosts:
If you had a super-power, what would it be?

"This book is so intense.  I really enjoyed how everyone in the book seems to  be so much more evolved than the last book.  I love Lilli and Joel and the relationship that they have.  It's a beautiful thing.  The author did a great job of helping me feel the connection those two had."

7
- All That's Written - Interview
to know when people are liars

To give you an idea of the person behind the writer I’ve asked Cerece to answer the following question without thought.


Go to All That's Written for the rest.

What they didn’t know was that she hadn’t seen them coming, couldn’t see a damn thing beyond her brother out of the corner of her eye. But she didn’t need to see more than him to know that this was the safest place that she could be. Whatever happened to them now, they would be together. They would either escape and survive, or fight and die. She would not be taken away from the only family she had left.
~Excerpt from Order of the Seers Ch. 4 Run
11
- The Wonderings of One Person- Guest Post
reading minds

Tonight, for the first time ever, I had a vision in my sleep! I know it wasn’t a dream because I felt completely connected and alert, like I only ever do when I can see the future. I saw a tall black man walking towards me. And even though his face was sunken in, with horrible milky-white eyes, I wasn’t afraid. Somehow, I knew he was coming to teach me something that I desperately want to know...
~Journal Entry from Lilli Knight

because I would love to know what everyone really thinks about me C:

To the Guild, he was their archangel. Marcus was widely known as one of the most powerful Seers the Guild had ever come across. To Crane and Andreas, he was the crown jewel in their Quorum - their prized possession.
~Excerpt from Order of the Seers Ch. 6: Chicago

16
- Life As Leels - Review
To know when someone is lying!


"I really truly enjoyed this book as much as I did the first and hope to see a third one come out as it definitely left me holding on for more."

"I would recommend this series whole heartedly. I can’t really compare it to anything else on my shelves because it’s entirely unique. It was a fully engrossing and enjoyable read with tons of emphasis on family, a load of mystery."

It’s a special kind of torture, knowing the future, but living in the present - searching in vain for a sign of things to come, something to cling to as I make the journey from here to there.
~Notebook Entry from Alessandra Pino

"I really enjoyed this book, it has love, discrimination and retribution and the corruption of power and greed. The characters are strong and interesting." 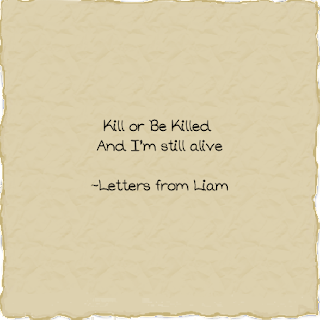 Order of the Seers
...begins with the journey of Liam and Lilith Knight, a brother and sister who are hunted by The Guild, a ruthless world organization that seeks to capture and exploit Lilith s unique ability as a Seer to envision the future. Soon after they are forced to leave their home, Lilith and Liam discover that she is not alone. Other Seers like Lilith are routinely kidnapped and enslaved by the Guild for the purpose of consolidating wealth and power around the world... see more on Goodreads

Praise for Order of the Seers

The Lost Seers embark upon a world-wide mission to save their kind from the tyranny of the Guild and unveil their greatest weapon -  Developed in secret, The Restoration Project has the potential to awaken the supernatural ability within every man, woman, and child on earth and bring down the very foundation of the Guild’s power and authority.

My name is Cerece Rennie Murphy, but, among my 5 siblings, I am known and teased by my superhero name, Wonder Worry, (and yes, I am a little worried about your reaction to what I just said). While in my youth, I used my superpower to whip minor setbacks into epic tragedies in 60 seconds flat, I no longer have the time to hone the skills I once possessed, which were handed down to me VERY CAREFULLY by my mother and her mother before.

Instead of spending my days imagining worst case scenarios, I am now on the front lines of true disaster prevention – treading the fine line between boo-boos and permanent brain damage, fighting crimes of curiosity, omission, absent-mindedness and sleep deprivation. I carry others down the winding, bumpy road of youth that starts out at the nexus of unique and brilliant but intersects with narcissistic serial killer at some distant point I hope fervently to avoid. As you might have guessed, I am a wife and mother of 2 small children. Luckily, my family lights up the sky so I never stumble too hard or lose my way.

I would lament the luxury of needless worry, but alas, I don’t have the energy. As I write this, I am losing a battle fought between my trusty sponge and a hardened glob of half-eaten cheese that traveled from the kitchen to the living room rug in the palm of a very small, but mischievous hand. Its stronghold on the fibers suggests occupancy of at least 2 days, but I’ll never know for sure. Rather than despair, I’ve chosen to retreat to my keyboard, noting that I have won the war - most of the rug is un-cheesed.

Before I worried. Now, I write.

I look forward to slowly, quietly, in my own shy way, becoming a part of this community. If you would like to get to know me and my work a bit better, you can visit me...

Grande Prize - signed copies of both books with an Order of the Seers reusable bag, bookmarks and signed poster.

1 Large Order of the Seers t-shirt - black with the anniversary poster image on it.

1 Order of the Seers Audiobook

1 free ebook of Order of the Seers to giveaway at each blog post.

Are you a blogger and want to receive information about new tours? Go HERE.
Are you an author or publisher and would like to have us organize a tour? Go HERE.
Blog Tour Cerece Rennie Murphy Fantasy Giveaway Grand Finale Mythology Ominous Order of the Seers Young Adult