Waiting On Wednesday (86) The Shadow Prince by Bree Despain

Waiting On Wednesday is a weekly blog post hosted by Breaking The Spine where readers showcase which books they are highly anticipating. For this weeks Waiting on Wednesday, I chose The Shadow Prince by Bree Despain. 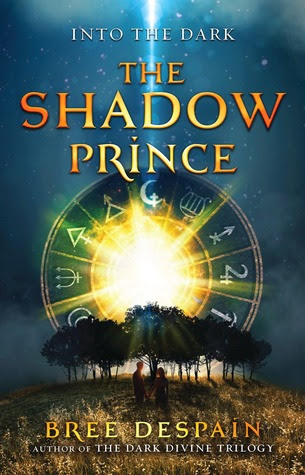 Haden Lord, the disgraced prince of the Underrealm, has been sent to the mortal world to entice a girl into returning with him to the land of the dead. Posing as a student at Olympus Hills High—a haven for children of the rich and famous—Haden must single out the one girl rumored to be able to restore immortality to his race.

Daphne Raines has dreams much bigger than her tiny southern Utah town, so when her rock star dad suddenly reappears, offering her full tuition to Olympus Hills High’s prestigious music program, she sees an opportunity to catch the break she needs to make it as a singer. But upon moving into her estranged father’s mansion in California, and attending her glamorous new school, Daphne soon realizes she isn’t the only student in Olympus who doesn’t quite belong.

Haden and Daphne—destined for each other—know nothing of the true stakes their fated courtship entails. As war between the gods brews, the teenagers’ lives collide. But Daphne won’t be wooed easily and when it seems their prophesied link could happen, Haden realizes something he never intended—he’s fallen in love. Now to save themselves, Haden and Daphne must rewrite their destinies. But as their destinies change, so do the fates of both their worlds.

I love Mythology based stories especially those that feature Hades (or Haden in this case) the very misunderstood but oh so important God of the Underworld. I'm really interested to see where the Author takes her story since Persephone based YA (which I'm assuming this is a retelling of) has been done many times before. Still I can't wait to read it nonetheless.
______________________________
Since I'm curious, Have you heard of this book before?
If so, Do you plan on reading The Shadow Prince?
Have you read The Dark Divine series by this Author?
If so, Did you like them?
Sound off in the comments below. I love to read your responses.
That about wraps up my Waiting On Wednesday for this week. Feel free to leave a link to your Wednesday memes in the comments below,I love finding new books to read. Like what you see? Please share!
Bree Despain Edgmont Fantasy March 2014 Mythology The Shadow Prince Waiting on Wednesday Young Adult