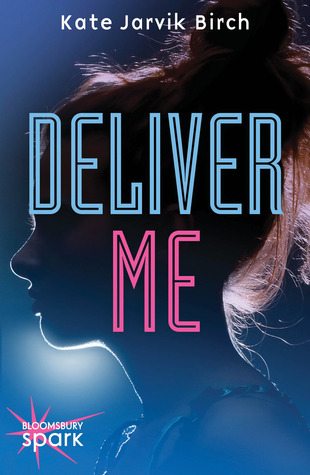 One People. One Union. One Future.

Wynne’s entire life is dictated by the Union: the clothes she wears, the books she reads, even the genes she inherited. And like every other girl in the Union, Wynne dreams of being chosen as a Carrier on her 16th birthday—one of the elite selected to carry the future generation within her womb. Wynne and her best friend Odessa are certain they will both make the cut, but when Odessa is chosen and whisked off to a life of privilege, Wynne is left behind to work as an assistant, delivering perfectly planned babies for the Union.

As Odessa slips deeper and deeper into the role of Carrier, Wynne begins to see the Union for what it really is: a society that criminalizes the notion of love, and forbids words like mother and family.

For the first time in her life, Wynne is faced with a choice: submit to the will of the Union, or find a way to escape and save Odessa before she is lost forever.

Follow Kate: Goodreads / Website / Twitter
Kate has loved writing ever since she was a little girl. She wrote her first novel in fourth grade (the main character was suspiciously similar to herself). As an adult, her essays and short stories have been published in Isotope: A Journal of Literary Nature and Science Writing, Saint Ann's Review, Scissors and Spackle and in a forthcoming issue of Indiana Review. Her first play, (a man enters), co-written with Elaine Jarvik, was produced in 2011 by Salt Lake Acting Co.
April 2014 Deliver Me Dystopian Kate Jarvik Birch Review Young Adult