This week, I'll be reviewing Undead with Benefits by Jeff Hart. This Is Not A Test. You might recall I reviewed the first book Eat, Brains, Love last October (Review here!) and was excited to learn that it had been turned into a series. Unfortunately,while I certainly liked the story, I also was let down by it. To find out why, continue reading on. 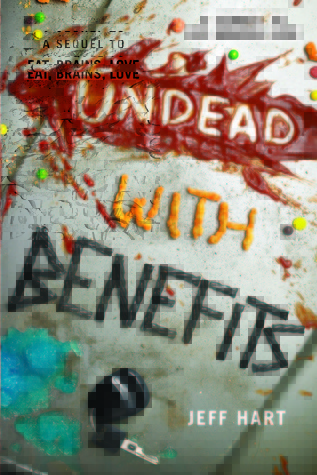 With its heartwarming blend of guts, romance, and humor, this road trip–ready sequel to Eat, Brains, Love is The Walking Dead meets John Hughes.

Jake and Amanda are in love, on the run—and undead. They've picked up a new psychic friend, ex-government-zombie-hunter Cass, and are making a break for Iowa, where a cure for the rapidly spreading zombie virus is rumored to be waiting. But in order to find it, they have to contend with an unlikely undead warlord, ghoul-infested cornfields, a psycho psychic out for blood, and their own super-awkward love triangle—all before Iowa goes up in flames.

Every reader with a pulse (or without one) will devour Jeff Hart's surprisingly romantic and laugh-out-loud funny take on friendship, love, and finding the meaning of (un)life in an eat-or-be-eaten world.


Review
Undead with Benefits is the sequel to Eat, Brains, Love by Jeff Hart. The story picks up fairly close to where the first book left off with Jake and Amanda still undead and on the run trying to make a break for Iowa where a rumored cure exists.

When I started Undead with Benefits the first thing I noticed was how much Jake and Amanda were turning into an undead version of Bonnie and Clyde. In the first book I really rooted for them as a couple. Two zombies up against the world and all that but by the middle of the sequel I found myself liking them less and less and by the end that was cemented by the fact they actually turned into murderers vs being driven by undead hunger and thus not in control of their actions. Whether or not the intent was pure, I can't forgive Jake or Amanda for what they did and I think that is going to make reading the next book very hard unless they truly suffer some consequences for their actions.

Another thing that really had me struggling with the story was the pacing. One of things I really liked about the first book was it was fast paced and to the point (teenage Zombies unsure of their undead existence fleeing from a Government that wants them dead) but in the sequel every movement and decision they made was dragged out unnecessarily and covered in a layer of petty drama between Cass and Amanda. In all honestly, I felt that the characters were stuck in a rut the entire time they were fleeing to Iowa (move a couple miles then argue lather, rinse, repeat) and had they reached the destination sooner maybe I would've liked the overall arch more than I did.

Lastly, my biggest issue with Undead with Benefits was the fact that the whole journey seemed pointless. Sure, I guess I can see the bigger picture and how the Author is setting up an us vs. them scenario for the next book but it seemed like the cure and all its potential was lost in the need to keep Jake and Amanda being an undead couple on the run.

Now, although I did have plenty of issues with Undead with Benefits the story did get a few things right.

First off, this time around I really enjoyed the character Cass. Yes she's stubborn and a bit naive but that's what makes her enjoyable. Unlike Amanda whose comfortable being the center of attention and is a very take charge type woman, Cass is more reserved and quiet. She thinks with her head and not just her heart (or stomach in Amanda's case). Cass can see the bigger picture and if that means doing something she doesn't like to achieve her goal of stopping the undead virus than so be it.

Secondly, I did like seeing so many undead gathered together once the trio reached Iowa. It was interesting to see how those who are still in control of themselves, like Amanda and Jake differ from the ghouls who've lost all trace of their humanity. Yes, I'd be blind not to see the parallels between how this series handles the undead and that of another popular book called Warm Bodies but despite the similarities it still worked for me.

The last thing I really enjoyed about Undead with Benefits was the return of a certain character (whose name I won't mention) near the end of the story. I really thought that character would have ended up Zombie chow after the events of the first book so to see that person alive and still kicking made me happy.

Final Thoughts
Undead with Benefits might not have been the perfect sequel I was hoping for but I'm still happy to have read it. I look forward to whatever the next book might bring especially if it means Jake and Amanda being knocked down a peg or two. Seriously, that ending was messed up and made even me squeamish.

With that being said, I'll be rating Undead with Benefits by Jeff Hart ★★★.

*Copy reviewed provided by Publisher. All opinions are my own and I was not compensated in any which way for providing them. 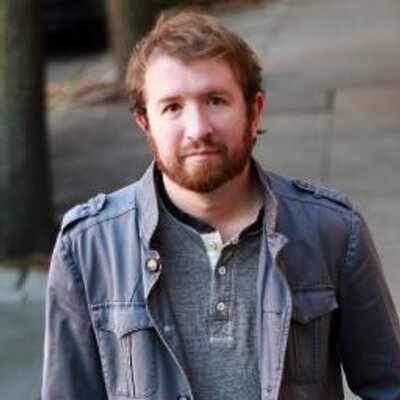 Out of curiosity, Have you read Eat, Brains, Love?
If yes, Will you be reading the sequel?
What would be the worst part of being alive yet undead?
Amanda and Jake keep Gerbils, mice, etc at the ready to ward off hunger,
What would you eat to stop yourself from going full zombie?