So, what is a Manga? Well, in short, it's a comic style created in Japan, or by Japanese creators in the Japanese language, conforming to a style developed in Japan in the late 19th century.  Manga stories are typically printed in black-and-white (although full-color manga certainly exist) and they happen to be read back to front instead of the typical western style being front to back. If you'd like to know more, I highly suggest checking out A Brief History of Manga by Helen McCarthy. The book covers a great deal of stuff and is written by someone far more knowledgeable than me on the subject. 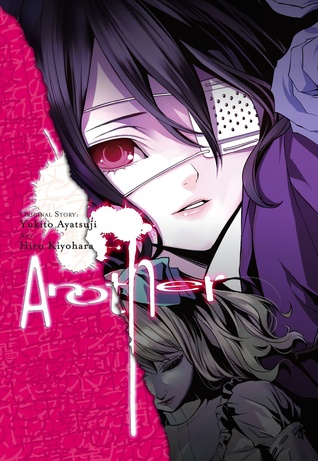 Another by Yukito Ayatsuji

75% In: Good but slow moving, resolution of mystery doesn't seem to be forthcoming, did like the plot twist. Overall, a solid B+ story at this point.


__________________________________________
Well I guess that's about it for this week.
Let me know in the comments below what you'd like me to cover in the next couple of weeks and also what you're reading or watching currently (if anything). I could use some recommendations!
A Brief History of Manga Anime Another Omnibus Comics Graphic Novels Helen McCarthy Manga Manga Monday Yukito Ayatsuji