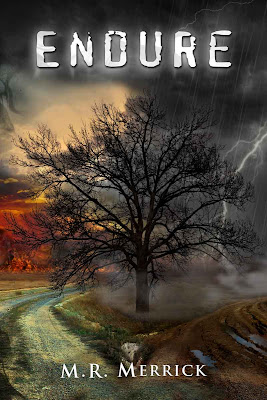 Book Description:
Wrapped in darkness and woven with defeat, every action Chase has taken since being exiled from Êthe Circle has been met with a devastating response. Now he's been burdened with a quest that seems impossible, and he needs to evolve into something more, something greater than he ever thought he could be.
Armed with magic, friendship, and an unbreakable will, Chase must build an army and find a weapon capable of defeating the ultimate evil. But he knows that nothing great comes without sacrifice. Blessed by the very gods who have abandoned him and carrying the fate of all the worlds on his shoulders, Chase Williams is about find out just how much one man can endure.

Excerpt:
I jerked up from the couch, but the repercussion that came with the motion made me curse. My chest heaved and sweat dripped down my face.

“Chase?” I heard a voice say, but it was groggy. I wasn’t quite in reality yet.

I cleared my throat and threw my legs over the edge of the couch. More pain came, but I didn’t care. I needed to touch the floor. I needed to ground myself.

“Chase, are you okay?” It was Rayna’s voice and she ran down the stairs.

I screamed as the scabbed over skin on my back tore open when I attempted to stand. I fell to the couch and beat my fists against the cushions as though that could alleviate the pain.

Rayna’s voice soothed me. She crouched in front of me and carefully touched my shoulder. Calming energy emanated off her body and soaked into mine. The adrenaline and pain faded, leaving an empty pit stirring inside me. I went completely still. The green cat eyes staring back at me had stolen my words and my breath. Swelling had formed under Rayna’s right eye and she looked tired, but she was as striking as ever.

About the Author:
M.R. Merrick is a Canadian writer, and author of Exiled, the first installment in The Protector Series. Having never traveled, he adventures to far off lands through his imagination and in between cups of coffee. As a music lover andÊ
proud breakfast enthusiast, he's usually found at the computer, between a
pair of headphones and in front of a large bowl of cereal.

Chase Williams is a
demon hunter in the Circle, or at least he was supposed to be. On his
fifteenth birthday, Chase stepped up to the altar to claim his elemental
Êpower, but it never came. Elemental magic is passed down to a hunter
through the bloodline, but on Chase's birthday, the bloodline stopped.

Exiled without the Circle's protection, Chase has spent two
years trying to survive a world riddled with half-demons and magic. When
the has a run in with a frightened and seemingly innocent demon, he
learns the Circle's agenda has changed: the Circle plans to unlock a
portal and unleash pure-blood demons into the world. Vowing to stop
them, and knowing he can't do it alone, Chase forms a reluctant alliance
with Rayna  a sexy witch with an attitude and a secret.

In their attempt to stop them, Chase and Rayna find themselves in the
middle of the Circle's plan, leaving one of them to decide what their
friendship is worth, and the other's life depending on it.

5 winners will have their choice of eBook from the series.
1 Grand prize will win SIGNED copies of ALL FOUR BOOKS.