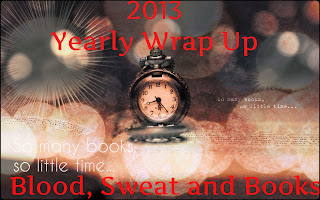 Welcome back to my Yearly Wrap Up! Today I want to share with you my Favorite Books turned Films that I watched this year. Not all of these are newly released mind you but the film

In no particular order, Here are my Top Ten Favorites of 2013.

1.) Girl with a Pearl Earring

Learn More: Goodreads & IMDb
I loved this film. Scarlett Johannson was just perfect as the innocent yet beautiful Griet. Plus the film was pretty faithful to the book which is always a bonus.

Learn More: Goodreads & IMDb
Even though I preferred the book this film is just too gorgeously shot to not be included on my list. Plus I loved seeing Richard Parker in the ''flesh'' interacting with Pi.

I watched this movie a year ago on HBO before even knowing it was a book. It wasn't until the middle of this year that I even connected the dots when I saw someone gushing about it on their Blog. Both are great and you should definitely check them out if you get the chance.

4,) The Perks of Being A Wallflower

Yes, the book is much grittier than the movie but the film is just so much better because of Emma Watson. I mean she was perfect in the role of Sam and really was the best choice for the part at least in my opinion.

Gorgeously shot, set in the 20's and starring Leonardo DiCaprio and Toby MacGuire what's not to love. I put off watching this film for a long time but was so impressed when I finally saw it. Sure it's not the book but that's OK by me since it was kinda boring for me anyway.

Am I the only one who thought this topped The Hunger Games? So, so good right? I love Jennifer Lawrence she's brilliant as Katniss and I love her relationship with Josh Hutcherson even though I will always be Team Gale. Just a great film and one that gives me hope the Producers might be able to improve the crap that was Mocking Jay since they clearly did with Catching Fire. Again just my opinion. :)


I love when serious books get the mash up treatment. Abraham Lincoln Vampire Hunter might not win any awards or gain its actors any Oscars but the film is so much  fun it doesn't  really matter.

Such a creepy book that translated beautifully to the big screen. I love that the story stuck to its roots while not being afraid to grow new ones to make the film that much better. I definitely prefer the original to the remake in this instance.

Learn More: IMDb & Goodreads
Even though I had heard great things about this one it wasn't until this Summer when I actually saw it. Josh Brolin and Tommy Lee Jones were both so good in their respective roles and I also liked Javier Bardem which is shocking since I'm not really that big a fan normally.

Learn More: Goodreads & IMDb
I know many will probably disagree but the film is so much better than book in every conceivable way. I really enjoyed the changes the producers made and I can't wait to see what they do with its sequel.